Factsheet Series No. 131, created: August 2011, Canadians for Justice and Peace in the Middle East
View factsheet in PDF format 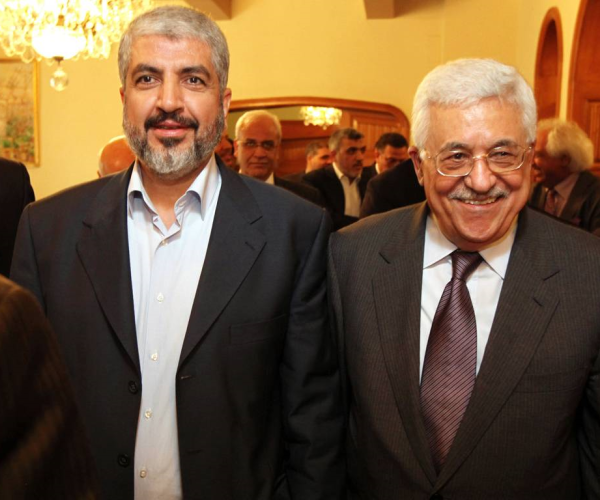 Fatah and Hamas are Palestinian political parties. Currently Fatah governs the Occupied West Bank while Hamas governs the Gaza Strip. The two groups have differing ideologies and, in the past, have held divergent views on the recognition of Israel and the two-state solution. A history of rivalry – and even armed conflict (known to Palestinians as Wakseh, meaning ruin or humiliation) – between Fatah and Hamas has recently been set aside and the two have agreed to form a government of national unity.

Fatah, founded in 1958, is an acronym for Harakat At-Tahrir Al-Watani Al-Filistini, with the first letters in reverse order giving Fatah, which means opening, conquest, victory. The founders included Yasser Arafat, who headed the organization until his death in 2004. Fatah’s aims include liberation of Palestinian lands and the establishment of an independent democratic, secular and multi-religious Palestine. Armed struggle was the chief strategy for securing those aims until, in December 1988, Yasser Arafat publicly renounced terrorism on behalf of Fatah and the Palestinian Liberation Organization - PLO (established as an umbrella group to represent various Palestinian factions.)

In 1996, following the return of Fatah leaders from exile to the Occupied Palestinian Territories (OPT), subsequent to the Oslo Peace Process, elections were held. Fatah won a majority of the vote and became the dominant political party until 2006 when Hamas won the parliamentary elections. Factional tensions and violence grew after the election in 2006 and continued until a deal was made in early 2007 to form a national unity government, including Fatah as junior partner. The deal did not hold, however. In June 2007, following deadly violence in both the West Bank and Gaza, President Mahmoud Abbas formed a Fatah government in the occupied West Bank. Hamas remained in power in Gaza.[i]

Hamas is an acronym for Harakat Al-Mouqawama Al-Islamiyya (meaning ‘enthusiasm’ or ‘zeal’), which translates as Islamic Resistance Movement. Hamas was founded as an offshoot of Egypt’s Muslim Brotherhood in 1988, at the time of the first Palestinian Intifada, or uprising, against Israel’s occupation in the West Bank and Gaza. Hamas has claimed responsibility for many attacks on Israeli targets.  These include suicide bombings, most of which have been carried out by Hamas’ military wing, the Izz ad-Din al-Qassam Brigades. Hamas officially opposed the Oslo Accords and has refused to participate in peace negotiations as long as Israel occupies Palestinian land.

The Hamas Covenant of 1988, its founding document, proclaims Jihad or armed struggle against Israel. It advocates an Islamic state in all of historic Palestine and calls for the application of Sharia Law. Along with Hamas’ tendency to use violence, the 1988 Covenant has been a major factor in leading to characterizations of Hamas as a terrorist organization.  Canada, the US, EU, Israel and several other counties have deemed Hamas a terrorist organization. Hamas’ stance towards Israel has been the subject of much evolution, however. The group’s 2006 election manifesto omitted any call for the destruction of Israel, and numerous statements by Hamas leaders since 2004 have indicated acceptance of a two state solution.[ii]

Hamas has an extensive social service network and provides free education and health services.  Such services helped it to earn popularity among Palestinians, disillusioned with Fatah, widely seen as corrupt. After initially boycotting all Palestinian elections, Hamas participated in the municipal elections of 2005, in which it gained strong representation in the Gaza Strip. In the January 2006 legislative elections Hamas won a majority of the seats, defeating its main rival Fatah.

On May 3rd, 2011, in Cairo, Fatah, Hamas and 11 other Palestinian factions signed an agreement to end their feud and form an interim government of technocrats not associated with any political movement. The interim government is tasked with overseeing elections to a newly reconstituted Palestinian Legislative Council, the presidency and the Palestinian National Council (a body representing Palestinians in the Territories and the diaspora). The elections are to be held within a year of the agreement. All parties have stated that they will accept the results of those elections.

Other tasks of the interim government include furthering Gaza reconstruction, lifting of the Gaza blockade and uniting Palestinian Authority institutions in the West Bank and the Gaza Strip. A “Supreme Security Council” is also to be formed as a step towards reform and unification of the separate security forces maintained by each administration. Any political prisoners held by both sides are also to be freed.

President Mahmoud Abbas will handle all negotiations on behalf of the new unity government and resistance (i.e., to Israel's occupation) is only to be “in the national interest of the country”.[iv] Khaled Meshaal has said Hamas would now make all key decisions in consensus with other factions, particularly Fatah: "How to manage the resistance, what's the best way to achieve our goals, when to escalate and when to cease fire, now we have to agree on all those decisions as Palestinians."[v] Other areas that Mr Meshaal said would be decided by consensus include "negotiations with Israel, domestic governance, foreign affairs, domestic security and resistance and other field activities".

How did Palestinians and Israelis react?

Palestinians welcomed the unity agreement, regarding the issue of their political reconciliation as an internal one that should not concern Israel.[vi]  Palestinians also know that the formation of the unity government makes it harder for Israel to claim it has no-one to negotiate with.[vii]

Israel was quick to condemn the deal. Prime Minister Benjamin Netanyahu said it was a "tremendous blow for peace and a great victory for terrorism”;[viii] He also declared that the Palestinian Authority would have to choose between peace with Israel or peace with Hamas.[ix] The Netanyahu government took a position that there could be no peace with a Palestinian government that included Hamas - unless Hamas first changed its policies towards Israel.

What are the Future Implications?

The unity agreement addresses past issues that have caused division between Fatah and Hamas, and seeks to meld their separate institutions. Importantly, it also provides for changes to the leadership of the Palestinian Liberation Organization, to which Hamas has long sought entry.[x]  On the international scene, the agreement also permits Hamas to take part in negotiations (as part of the unity government) from which it has been excluded.

Palestinian political reconciliation enables negotiators to pursue talks that resolve issues for both the West Bank and Gaza.  Reconciliation will also strengthen the Palestinians in seeking recognition of their state in the UN.[xi] A unified Palestine will also engage more authoritatively and responsibly with international bodies like the IMF. [xii] Such authority facilitates the flow of international planning and resources to the Palestinian people in Gaza and the West Bank.

The deal reached between Fatah and Hamas would see the formation of a unity government led by President Mahmoud Abbas. Abbas, for his part, has long supported the “two state solution” – an approach supported by much of the international community where a Palestinian state would be created in peaceful co-existence with Israel. While certain Israeli factions would oppose negotiations with the Palestinians under almost any terms, such elements should not be allowed to deny the Palestinians their right to negotiate and ultimately, to have their own state.

Very importantly, the unity agreement also removes the threat of officially sanctioned violence. Even though Hamas has not renounced violence, it has joined an administration in which all decisions are made jointly. Under the leadership of Fatah’s Mahmoud Abbas, the unity government should be in a position to maintain security control as it approaches negotiations with Israel.

Despite the obvious advantages to a Palestinian unity government, it remains to be seen whether the two parties can finesse their differences over the long-term.  Differences have already arisen in the joint efforts to form the interim cabinet. Fatah had pushed strongly for Salam Fayyad to be named as Prime Minister but he has been rejected Hamas. Deliberations on these and other issues continue.

[iii] The unity agreement has been posted at various sites on the internet. See, e.g., http://meretzusa.blogspot.com/2011/05/text-palestinian-unity-agreement.html

[iv] Fisk, Robert. “Revealed: the untold story of the deal that shocked the Middle East.” The Independent, 7 June 2011