CJPME Factsheet 136, published July, 2011: This factsheets reviews Tariq Ramadan’s valuable contributions to the study of Islam and its significance in Western societies. Ramadan is a distinguished academic, philosopher and writer. His work has been hailed and criticized by Muslims and Westerners alike.

Factsheet Series No. 136, created: July 2011, Canadians for Justice and Peace in the Middle East
View factsheet in PDF format 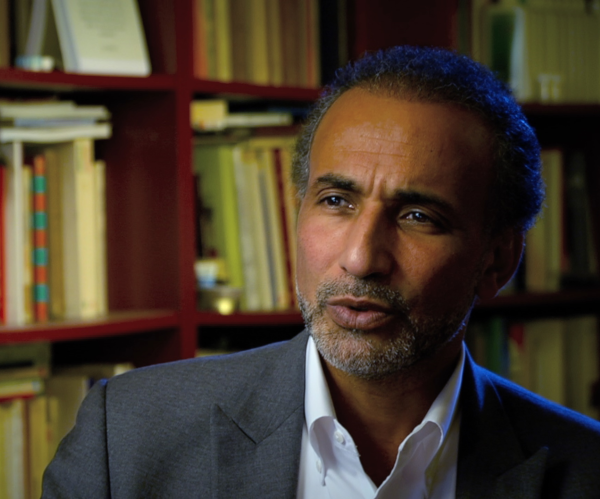 Who is Tariq Ramadan?

Of Egyptian origin, Tariq Ramadan was born in GenevaAugust 26,, 1962 and is a distinguished academic, philosopher and writer. Grandson of Hassan al-Banna —founder of the Muslim Brotherhood— Ramadan studied French literature and philosophy and obtained a PhD in Arabic and Islamic studies at the University of Geneva.

Ramadan is firmly rooted in both the West and the Muslim world, and is perceived as a bridge between the two cultures. He has dedicated his life to proving that European-style pluralist democracies and Islamic faith are compatible. Philosophically omnivorous, he borrows ideas from disparate sources — European philosophers, Hinduism, Buddhism, Judaism and Christianity are just a few. A prolific speaker and writer, Ramadan has twice been included in Foreign Policy magazine’s list of the world’s 100 most influential contemporary intellectuals. In 2000 he was named one of Time magazine's 100 most important innovators for the 21st century. In 2005, British Prime Minister Tony Blair appointed him as “adviser in religion on issues of radicalism, Muslim youth and terrorism.”[i]

Ramadan is currently a professor of Contemporary Islamic Studies in the Faculty of Oriental Studies at OxfordUniversity in the UK. He is also a consultant for several commissions of the European Parliament on issues of theology, Islamic politics, and philosophy. His work centers on a theological, philosophical, political, and social reflection concerning the Muslim religion. He believes in the integration of Islam in Western societies to “create a common sensitivity, a mutual sense of belonging.”[ii]

Why is his message important?

Ramadan’s message is important inasmuch as his method of analysis examines the fundamental meaning of Islam, through the texts. More precisely, he quotes the sources (verses and prophetic traditions) and explains diachronically the different readings offered by scholars in the course of history and explains their historical contexts. Then, starting from the verses and their different readings, he proposes an understanding and application of their interpretation[iii] by adapting them to the context in which we live (cultural diversity, interculturality, and religious pluralism). Here are his views on:

Immigrants, Muslims and national identity. Ramadan claimsthat each human being has “multiple (...) identities, and that there is no reason—religious, legal, or cultural—a woman or a man cannot be both American or European and Muslim.”[iv] According to him, there is a “clash of perceptions”[v] because of prejudice and one’s own ignorance and that of others. Both the newcomer and the native much change their mentalities. He therefore encourages Muslim immigrants to seek to integrate into the host country while keeping their faith and respecting the Koran. He pushes them to become engaged and responsible citizens. He stresses that being Muslim must never prevent one from being a law-abiding citizen in the host country and from contributing to society while maintaining a critical loyalty to religion, customs, and politics. For example, instead of putting one’s children in private Muslim schools, one should put them in public schools, which would give them a chance to better know their fellow citizens.[vi] Also, according to Ramadan, Muslims should “set up pre-academic or academic training colleges to provide leaders or imams”[vii] so that they can acquire rock solid Islamic as well as Western knowledge.[viii] Thus, they will be able to perceive their societies more accurately and propose concrete solutions that are anchored in the realities of their societies.

Secularism and religious symbols. Following meetings and debates with France’s most renowned scholars on secularism, Ramadan came to the conclusion that “nothing in secularism is opposed the free and autonomous practice of Islam.”[ix] According to him, Western Islam is a reality and he proposes that current standards of secularism be applied. As for religious symbols, instead of prohibiting them in all public spaces, Ramadan advocates that official school curricula educate the public on the different religions, their symbols and practices.[x]

Ramadan believes this would better develop a critical spirit among youth and other citizens in order to give them the tools to understand religions and their practices. He argues that religious symbols should thus be allowed as long as they are not provocative.

Women, the wearing of the veil, and stoning. On this issue, Ramadan believes that “women should become subjects and master their own fate.”[xi] He argues that it is important to maintain a critical distance and to understand the patriarchal context in which the Koran was written. About the wearing of the headscarf he argues that compelling a woman to wear a headscarf is against Islam, and compelling her to remove it is against human rights.[xii] Furthermore, he urges a moratorium on stoning to stop this practice in the Muslim world. For him, what is really important is to change mentalities through a pedagogical discourse.[xiii]

Homosexuality. According to Ramadan, homosexuality is rejected by Islam. However, he believes that homosexuals should be respected as human beings and does not hesitate to combat homophobic discourses and measures and to engage with homosexuals in common causes.[xiv]

Why is Ramadan controversial for some?

Ramadan’s declarations and writings are closely scrutinized by people who are interested in Islam’s place in Western societies. Ramadan is vociferously accused (in particular by Antoine Sfeir, Caroline Fourest, prochoice activists, etc.) of being a master of doublespeak who seeks to advance Islamic fundamentalism.[xv] His opponents argue that he expresses a political, urban, and western discourse in public, but a more radical and dogmatic one in closed gatherings.

Some Arabic and Western states are also very critical of Ramadan because of his attacks on their lack of democracy, their dictatorships and their oppression of their citizens. His beliefs have resulted in him being declared  persona non grata in several countries: he has been banned from Egypt since 1995, and, is not welcome in Tunisia, Saudi Arabia, Syria, Algeria, Libya and Israel, although not officially banned in those countries. Moreover, he was forbidden to enter France from November 1995 to May 1996 for allegedly being a “threat to public order.”[xvi] On the other hand, Ramadan had been defended by several other personalities[xvii]—François Burgat, Vincent Geisser, Jacques Neirynck, Michel Tubiana, Ian Hamel, etc. — who consider Ramadam neither Islamist nor sexist.[xviii]

Are criticisms of Ramadan well-founded?

Many of the criticisms of Ramadan are the result of his accusers’ ideological discrepancies with him. Some feminist currents argue that “headscarf (...) has intensified fears of a return to the religious, inevitably opposed to women, their status, and their autonomy”.[xix] For these people, the veil inevitably represents male oppression[xx] and Ramadan would be thus wrong when he asserts that women have the right to choose to wear it or not. Others are indignant about Ramadan’s critics of Israel’s “settlement enterprise.” Ramadan defends his criticisms of Israel, insisting they are based on universal principles of justice and liberty that transcend religion and culture.[xxi] He condemns anti-Semitism, but also Israel’s conduct toward the Palestinians, and many European intellectuals’ wilful silence on the latter.

Regarding accusations of doublespeak, Ramadan argues that the accusations stem from his detractors’ lack of understanding of the context in which he speaks. Ramadan reminds his critics that the context includes not only the message, but also its form and audience. He thinks that one does not express oneself when addressing women in the same manner as when addressing men, or when giving a speech in a mosque as elsewhere, etc. About these accusations of doublespeak, based mostly on a personal interpretation of his comments with or without any formal proof, he responds that one always hears what one wants to hear.