CJPME Factsheet 164, published February, 2013: This factsheet provides a historical perspective on how Canada’s federal Liberal Party has reacted to key developments in the Middle East since the Second World War.  There is an emphasis on Liberal policy on Palestine-Israel, but the party’s reaction to other key events is also summarized.

Factsheet Series No. 164, created: February 2013, Canadians for Justice and Peace in the Middle East
View factsheet in PDF format 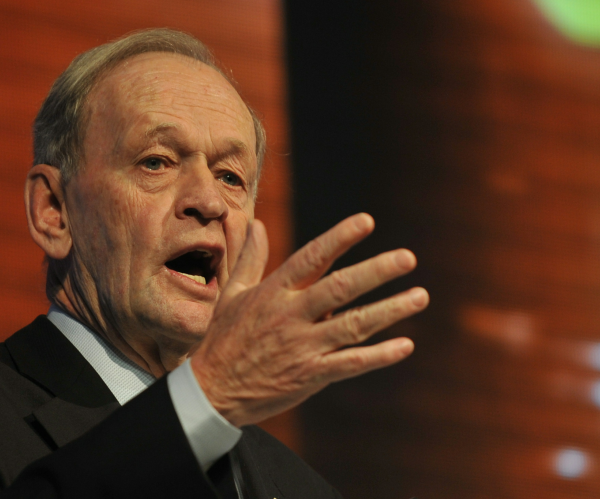 What was the Liberal Party’s position on the establishment of the State of Israel?

The Liberal government of William Lyon MacKenzie King initially sought to dodge the issue of whether a “Jewish State” should be established. However, it eventually participated in the UN Special Commission on Palestine, established when Britain transferred the Palestinian issue to the UN. Canadian officials helped draft the 1947 UN Partition Plan for Palestine, under which a majority Jewish State was to be established on approximately 56 percent of British Mandate Palestine, leaving the Palestinians 43 percent and making Jerusalem a shared international city. The rights of Palestinians or Jews living in either area were not to be prejudiced. The majority Jewish State was expected to function as a homeland for not only Jewish people already living in Mandate Palestine (about 35 percent of the population), but also for  a significant number of the hundreds of thousands of Jewish refugees still in Displaced Persons’ camps and elsewhere following WWII and the Holocaust. Louis St. Laurent—King’s External Affairs minister and later PM—was concerned by the split between Britain and the US over the Israeli-Palestinian conflict, and saw the Partition Plan as a compromise solution. As PM, St. Laurent and his Secretary for External Affairs Lester Pearson were strongly committed to upholding UN decisions, including the Partition Plan.[1]

Meanwhile, Ben Gurion—soon to be Israel’s first PM—issued a declaration of independence on May 14, 1948—the day before the British Mandate for Palestine was to expire. Under the Liberals, Ottawa withheld de facto recognition of Israel until December 1948.  Israel failed in its first attempt to gain admission to the UN because Canada abstained when the issue came to a vote at the Security Council.[2] Canada granted de jure recognition only in May 1949, after Israel had already been admitted to the UN.

How did Pearson and Trudeau deal with key Middle East issues?

The 1957 Suez Canal Crisis: During the 1957 Suez Canal crisis, Lester Pearson, then External Affairs Minister under St. Laurent, refused to back Britain’s hard-line position against Egypt. Instead, he brokered a solution acceptable to Egypt, Israel, the USSR, Britain and France. He was later awarded the Nobel Peace Prize for resolving the conflict, thereby averting a war which could have had disastrous regional consequences.

Algerian independence: In 1964, two years after Algeria won its war of independence from France, Canada, led by Pearson—PM from April 63 to April 68—established diplomatic relations with the newly decolonized country.

Six Day War (1967 War): In the second to last year of Pearson’s term, the 1967 war between Israel and its Arab neighbours erupted. Pearson accused Israel and Egypt (then led by Gamal Nasser) of being equally responsible for the outbreak of hostilities, a stance that Israel bitterly resented. Canada, like most nations, refused to recognize Israel’s unilateral annexation of East Jerusalem. Canada’s recognition that Israel was occupying the Palestinian territories beyond the Green Line (the West Bank, the Sinai, Gaza and East Jerusalem) and that those territories could not then or in the future be considered either part of Israel or merely “disputed territory,” became   cornerstones of Canadian policy on the conflict.

After Trudeau became PM in 1968[3], he sought closer ties to Arab and Asian countries (as well as Cuba, China and post-colonial Africa), but firmly defended Israel’s right to secure borders. Canada opened embassies in various Arab countries after the Yom Kippur War (1973).

1978 South Lebanon War: On March 1978, Fatah militants hijacked two buses of Israelis on the Coastal Road near Haifa, killing 38 Israelis and injuring dozens more. Israel militarily occupied and bombarded southern Lebanon, killing an estimated 1100-2000 Palestinians and Lebanese, most of them civilians. A few days later, Canada—then a member of the UN Security Council—supported resolutions calling for Israel to completely withdraw from South Lebanon and sending UN peacekeeping troops to ensure the withdrawal and keep the peace.

1982 Israeli invasion of Lebanon and the Sabra and Shatila Massacre:  Trudeau wrote strong letters of protest on the Lebanon war to Israeli PM Menachem Begin. Under Trudeau, Canadian diplomats frequently met with PLO contacts (although US diplomats were not allowed to do so.) Although Canada had previously tended to vote with the US and Israel on Middle East issues at the UN, it increasingly now voted with European partners such as Britain, the Netherlands, Belgium, Sweden and Norway. To fair-minded observers it was indisputable that some Israeli actions—such as the establishment of illegal settlements in the West Bank, Gaza, and East Jerusalem, and frequent violation of Palestinians’ human rights—deserved to be criticized. In 1982, Canada condemned the massacre of hundreds of Palestinian refugees in the Sabra and Shatila camps in Beirut. These massacres were conducted by Lebanese Christian Phalangist militias while Israeli forces occupied and controlled the city. However, like most European powers, Canada abstained on the UN General Assembly vote that passed a resolution categorizing the massacre as “genocide.”

How did the Chretien Liberals respond to the key Middle East issues of his era?

Intensified relations with Israel and the PLO:  Chretien—PM from November 1993 to December 2003— continued Pearson and Trudeau’s approaches, but strengthened ties with both Israel and the PLO to reward Yitzak Rabin and Yasser Arafat’s respective shifts to more conciliatory stances.[4] His government signed R&D and trade agreements with Israel, and allowed the PLO to open a diplomatic mission in Canada in 1995. While chairing the multilateral working group set up to resolve the thorny Palestinian refugee issue, Canada demonstrated sensitivity to Israeli and Palestinian concerns while working to bridge differences. Chretien was subsequently invited to participate in the 1996 Summit of the Peacemakers, along with Clinton, Chirac, Yeltsin, Major, Arafat, Peres and Mubarak.

Second Intifada: In September 2000, Israeli PM Ariel Sharon’s provocative visit to Haram Al Sharif/Temple Mount[5] sparked the Second Intifada, which was violently crushed by Israel. Canada supported the Security Council’s watered-down resolution condemning Sharon’s provocation and Israel’s use of excessive force against Palestinian protesters. (Even the US declined to use its veto to prevent the resolution’s passage.) However, days later, Chretien expressed regret on Canada’s vote in a letter sent to incensed Jewish Canadian leaders.

Iraq War (2003): Under Chretien, Canada declined to participate in the war on Iraq. Whether the decision was due to strong Canadian public opposition to such participation or based on a principled analysis of the situation is not known. In any case, when Paul Martin won the leadership of the Liberal Party in December, thereby becoming Prime Minister, he too refrained from involving Canada in that war. It should be noted that Michael Ignatieff, who later led the Liberal Party,[6] favoured Canadian participation in the War.

How did Martin, Dion and Rae reshape Liberal policy on Middle East issues?

Significant shifts in Liberal stances on the Israeli-Palestinian conflict began under Paul Martin, PM from December 2003 to February 2006. Canada’s ambassador to the UN, Allan Rock, stated that the resolutions on the conflict that were passed each year in the General Assembly, generally opposed by only Israel, the US and a handful of island nations dependent on the US, were “unhelpful” and Canada would no longer support them.

Under Stéphane Dion’s leadership, neither he nor Liberal Foreign Affairs critic Ujjal Dosanjh raised any questions in the House of Commons or the Foreign Affairs Committee about Israeli-Palestinian issues.  For example, the Liberal opposition under Dion did not challenge the Harper government on  Israel’s ongoing “settlement” growth.

Under Rae’s leadership, the Liberals’ stances on the Israeli-Palestinian issue became difficult to distinguish from those of the Israeli government and Canada’s Conservative Party.  Comments by Rae’s Foreign Affairs critic Dominic Leblanc concerning the Palestinian bid for UN recognition as a non-member state exemplify this shift. In a CBC Power & Politics interview, Leblanc criticized the “volume” of the Harper government’s criticism of the Palestinian bid, but admitted that a Liberal government would also have voted against recognition of Palestine as a state.[7]


[1]St. Laurent and his External Affairs Minister Lester Pearson—both with humanitarian inclinations—likely were eager to distance themselves from the King government’s uncompassionate response to Jewish refugees fleeing Nazi Germany and Nazi-occupied Europe before and during WWII. St. Laurent and Pearson reshaped Canada’s foreign policy along lines that compensated for the King-era stances, and supported a more robust role for the UN, including peacekeeping efforts, and a less dominant role for the traditional colonial powers – Britain and France.

[4] Israeli Prime Minister Yitzak Rabin was taking a slightly more conciliatory approach to the Palestinian question, in the wake of international criticism over Israel’s violent suppression of the First Intifada, i.e. widespread Palestinian protests against the two decades of military occupation that following the 1967 war. Likewise, the PLO was displaying more commitment to peace negotiations.

[5]Sharon arrived with an armed contingent of approximately 1000, and proclaimed “"the TempleMount is in our hands and will remain in our hands.”

[6] Ignatieff was interim leader after Stéphane Dion’s resignation, then was elected leader in May 2009. After  the Liberals’ disastrous showing in the 2011 election and the humiliating loss of his own seat, Ignatieff resigned as leader.

[7] For further details about the realignment under Rae, see CJPME’s “Liberal Party Policy on the Middle East”.