CJPME Factsheet 169, published February, 2013: Following the re-election of Israel’s Likud government, with Benjamin Netanyahu as prime minister, a series of discriminatory bills were expected to be pursued in Israel.  This factsheet summarizes the most prominent and discriminatory of these laws and bills.

Factsheet Series No. 169, created: February 2013, Canadians for Justice and Peace in the Middle East
View factsheet in PDF format 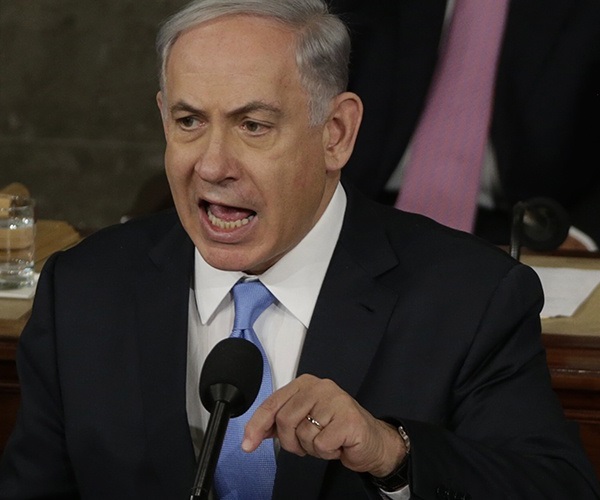 What new laws affect the property rights of Palestinian?[1]

Land Rights: Many laws have been proposed, and some passed, to weaken the property rights of both Israelis of Palestinian ethnicity and Palestinian refugees who fled during the Arab-Israeli war, leaving homes and other properties behind in what is now Israel. One of the laws will allow land currently held by the State of Israel as “absentees’ property”[2] to be privatized, thus placing it beyond future restitution claims.[3] An amendment to another law expands the Finance Minister’s right to  confiscate land for “public purposes,” and confirms state ownership of previously confiscated lands, even if not used for the purposes initially cited to justify their confiscation. It also stipulates that restitution or compensation claims cannot be filed for land confiscated more than 25 years ago.[4] Additionally, although legal mechanisms have been set up to retroactively recognize Jewish settlements in the Naqab (Negev),  neighbouring “unrecognized” Arab Bedouin villages have been repeatedly deemed illegal—leaving them vulnerable to “legal” destruction.[5]

Another law allows “Admission Committees” to reject applicants seeking to settle in a specific town if the committee deems an applicant
“unsuitable to the social life of the community […] or the social and cultural fabric of the town.”[6]  Yet another law makes it illegal for Israelis to sell, rent for more than five years, bequeath or transfer ownership of land or dwellings to anyone not a resident or citizen of Israel. Under the law, Palestinian refugees, even those born in what is now Israel—previously considered “absentees”—are treated as “foreigners” and therefore cannot, for example, inherit a home or land from a relative.[7]

What laws prevent Palestinian citizens of Israel from re-unifying their families?

In July 2010, the Knesset extended for a tenth time the Citizenship and Entry into Israel Law (Temporary Order) of 2003. The Temporary Order denies the right to acquire Israeli residency or citizenship status to Palestinians from the occupied Palestinian territories (OPT), even if they are married to citizens of Israel (Jewish or Arab). The ban is based solely on their nationality, not on individual security-related reasons. It foremost violates the rights of Israeli citizens of Palestinian ethnicity to have their spouses and children live with them, and thus their rights to family life, dignity, liberty and equality.

What new laws affect the economic, social, and cultural rights of Palestinians?

Economic Rights: The Economic Efficiency Law[8] gives the government sweeping powers to classify, without consistent and transparent criteria,  certain communities as “National Priority Areas” (NPAs) entitled to special subsidies (e.g. for education). Of the 553 NPAs, only four were Arab communities—under 1 percent, although 20 percent of Israelis are Arab and Arab Israelis’ socio-economic status is lower than that Jewish Israelis. The same law stipulates that government child allowances will be withheld if the children are unvaccinated.   The main group affected by this is Arab -- the Bedouins in the Negev, whose children are unvaccinated due to lack of access to health care there.

An amendment (2010) to the Absorption of Discharged Soldiers Law (1994) further increases the economic benefits enjoyed by Israelis who have served in the military.  Providing that they are residents of NPAs, they are eligible for a year of free preparation for post-secondary academic education, full tuition for the first year of their academic programme and priority access to spaces in student dormitories. Two other bills increasing even more dramatically the benefits for former soldiers  are also pending.[9] Given that Palestinians are unlikely to serve in a military so frequently used against them, such bills increase the gap between Palestinian and Jewish Israelis’ opportunities for housing, education, and employment.

Freedom of Expression and Political Rights: Other laws introduced under Netanyahu undermine the right of Palestinian citizens of Israel to express their individual and collective opinions, instead obliging them to echo a Jewish-centric and unbalanced narrative about the establishment of Israel and what it should be.  The “Nakba Law” allows the Finance Minister to reduce the normal allocations to institutions such as schools and municipalities if they hold an activity deemed to deny the existence of Israel as a “Jewish and democratic state”, or commemorate as a day of mourning Israel’s Independence Day or the day on which the state was established. This law thus uses economic coercion to silence discussion by Palestinian citizens of Israel (and Jewish Israelis sympathetic to them) about the dispossession of Palestinians that occurred during Israel’s establishment.[10]

Cultural rights: Amendment no. 10 (2011) to the Citizenship Law (1952) would oblige citizens applying for their first ID card—which it is obligatory to carry from the age of 16—or those seeking citizenship through naturalization to swear an oath of allegiance to the “Jewish, Zionist, and democratic state, to its symbols and values, and to serve the state in any way demanded, through military service or alternative service, as defined by law.” The current declaration simply states “I declare that I will be a loyal citizen of the State of Israel.” This ethnically charged amendment clearly undermines the status of Israelis of Palestinian or other Arab ethnicity.

Freedom of Association: The “Foreign Government Funding Law” imposes intrusive reporting requirements on organizations that receive funding from foreign governments, or from foreign organizations that receive government funding.  The law specifically exempts the World Zionist Organization, the Jewish Agency for Israel, the United Israel Appeal, and the Jewish National Fund from the requirements. In any case, the latter receive ample private foreign donations and have little need of financing from foreign governments, unlike human rights organizations working on Palestinian issues.[11] [12] [13] These bills restrict the ability of NGOs focussing on the rights of Palestinians within Israel or the oPt to express themselves and to work with international human rights organizations to take action on the conduct of Israeli officials and IDF members.

Recent amendments to the Criminal Procedure Law and the Israeli Prisons Ordinance, now law, do the following: a) extend the period of time that can elapse before “security” detainees are brought before a judge; b) allow prison authorities to deny “security” detainees access to their lawyers on vaguely worded grounds; c) lengthen the periods by which their “security” detainees’ pre-trial detentions can be extended; d) allow hearings regarding detention extensions to be held in the absence of “security” detainees; e) exempt Israeli security forces from their normal obligation to record interrogations of Israelis charged with high-penalty crimes, when the prisoner is a “security” detainee.[14] [15] On the face of it, these changes are neutral. However, since virtually all of the Israelis who are “security” detainees are of Palestinian ethnicity, the latter are clearly being singled out for particularly harsh treatment that leaves them more vulnerable to torture and other abuses that may lead to unjust convictions and sentences.


[1] Sources: Much of the information in this factsheet comes from the detailed report by Adalah - The Legal Centre for Arab Minority Rights in Israel, "New Discriminatory Laws and Bills in Israel" Issued June 2011, updated October 2012.

[2] “Absentees’ property” was previously under the custodianship of the Israeli state, pending a final peace agreement and either restitution or compensation.

[4] Amendment no. 3 (2010) to the Land (Acquisition for Public Purposes) Ordinance (1943): This amendment prevents “Arab citizens of Israel from submitting lawsuits to reclaim confiscated land,” as this law in conjunction with the Land Acquisition Law (1953) and the Absentees’ Property Law (1950) allowed the government to confiscate Palestinian-owned lands in Israel.

[6] These committees have a representative of either the Jewish Agency or the World Zionist organization,, See Law to Amend the Cooperative Societies Ordinance (no. 8) (2011) (“The Admission Committees Law”).

[9] See the Rights of Those who Performed Military or National Service Bill (2010) and the Civil Service Law (Appointments) – Amendment (Affirmative Action) Bill (2009). These will stipulate additional financial support for former soldiers studying in a higher education institution, and for purchasing their first home , in addition to preferential treatment when employers have two candidates with equal qualifications in civil service positions.

[12] Bill on Income of Public Institutions Receiving Donations from Foreign State Entity (Legislative Amendments) (2011) (“Bill on Foreign Funding of NGOs”), The Associations (Amutot) Law (Amendment – Exceptions to the Registration and Activity of an Association) (2010) (“Universal Jurisdiction Bill”), and Preserving the Values of the State of Israel Bill (Amendment Legislation) (2009) (“Jewish and Democratic State Bill”).

[13] As well, a private members’ bill, the “Universal Jurisdiction Bill” was presented that would outlaw NGOs that provide information to foreign entities or participate in legal proceedings abroad against senior Israeli officials or IDF members for war crimes.

[15] In a similar vein, a set of laws collectively referred to as the “Shalit Laws” allow Israeli prisoners belonging to groups deemed “terrorist” to be denied the right to visits, contact with lawyers, parole, and release on completion of their sentence.