CJPME Factsheet 190, published October, 2014: Gideon Levy is a an internationally recognized human rights journalist working for the Israeli newspaper Ha’aretz.  This factsheets examines the life and reputation of Levy, as well as what makes him unique among Israeli journalists.

Factsheet Series No. 190, created: October 2014, Canadians for Justice and Peace in the Middle East
View factsheet in PDF format 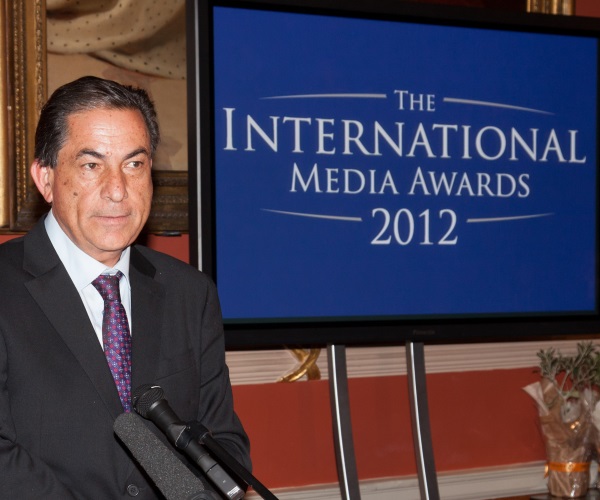 Who is Gideon Levy, & how is he viewed?

Levy has been an active journalist in his native Israel for some thirty years. His writing has appeared in a number of publications, but most often in Ha’aretz, a progressive Israel newspaper in which he is the Palestinian affairs columnist.  He is also the author of several books, including most recently, “The Punishment of Gaza” (2010). Levy has been the recipient of numerous awards for his journalism: in 1996 he received the Emil Grunzweig Human Rights Award  by the Association for Civil Rights in Israel. In 2008 he was awarded the Anna Lindh Foundation Journalism Award for his coverage of the assault on Gaza, and in 2012 the Peace Through Media Award.

In the long span of his career Levy has focused his reporting on news from the Palestinian territories, which Israel occupies militarily. His goal has been to “[…] record the increasing – and ever more rapid – accumulation of [Israeli] war crimes and human rights abuses in Gaza and the West Bank”.[i] The emphasis of the reporting in the occupied territories is what has earned him the ire of the Israeli public. In a 2008 interview with the British journal, the Independent, Levy was positioned as the “most hated man in Israel” – a charge he considered inaccurate at the time.[ii] However after reporting on Israel’s most recent assault on Gaza in July and August of 2014, Levy has conceded that this title may now be apt. But why, he asks, is it he that is so admonished and not the publication which prints him?[iii]

Levy began his career as a journalist with Ha’aretz in 1982. The son of Czech and German refugees who had fled the Nazis in 1939, Levy was raised in what he describes as a conventional and “mainstream” Israeli worldview. In this discourse, Israel existed under perpetual threat and the Palestinians were an invisible people. During his military service he began working for the Israeli Army Radio and thus got his start as a journalist. This brought him into contact for the first time with Palestinians, and their stories.[iv]

These encounters with Palestinians living under occupation gave Levy access to both perspectives on the conflict. The importance of this is highlighted in what Levy describes as a “moral blindness” in Israel, wherein Israelis live unaware of the atrocities being carried out by the Israeli occupation only a short drive away.[v] In 1988 Levy began writing the “Twilight Zone” column for Ha’aretz. This column carefully documented the Palestinian struggle, but also the very personal stories which come with it. For instance, Levy has made a point of telling how the occupation has separated families or divided young couples. By re-humanizing the Palestinians, Levy strives to bring the encounters which so changed him to the Israeli public.  As such, he hopes to address what he describes as a “profound moral failure” on the part of fellow Israelis.[vi]

Unlike the majority of Israeli’s who justify the occupation through vague notions of “security”, Levy calls for national accountability. Levy considers Palestinian extremist violence a direct result of Israel’s occupation of the Palestinian territories. Creating a sense of accountability among Israelis for the actions of their country – rather than blaming others – is Levy’s aim as an “activist journalist.” It is this, above all, which sets him apart from the majority of Israelis (and Israeli journalists) on both sides of the political spectrum.

What does Levy consider to be “true friendship” with Israel?

Levy describes himself as an Israel patriot. He reiterates that he believes strongly in what Israel could become were it to take a more “just” course.[vii] His patriotism stems from a constructive criticism that he likens to a good friendship. For Levy, only “[…] those who speak up against Israel’s policies – who denounce the occupation, the blockade and the war – are the nation’s true friends.”[viii] For Levy, this is the responsibility not only of the Israelis themselves, but also of the international community. On a speaking tour in Canada with CJPME in 2010, Levy referred to Canada’s close relationship with Israel. However, Levy argued that if Canada wanted to be a true friend to Israel, Canada would need to be far more critical of Israel’s policies – specifically, Israel’s military occupation of Palestinian territory.[ix]

Did Levy appear in an Israeli reality TV show?

Yes. In 2012 Levy starred in a reality TV show Mehubarim (literally “Connected” in Hebrew). The show is a docu-drama, which follows the lives of five public figures in Israel. During Levy’s season this included a stand-up comic, a DJ, a writer and an Israeli “settler” leader. The show’s participants were given cameras and made to film their lives as they interacted through the directives of the show’s creators. Levy described his interest in participating in the show as a personal challenge and an adventure. But it was also about pushing himself into the Israeli public as a well-known but little understood personality. Although his journalism is known for its criticism of the Israeli government, the television show provided Levy with the opportunity to show the private side of his life: the mundane, the familial, along with his trips to the occupied territories. It was from this position that Levy saw the show as an opportunity to bring his political message to the Israeli public in a very personal way. [x]

What is Levy’s perspective on the future?

At the moment Levy’s hope for an end to the conflict is less than optimistic. As Levy observes the current conflict, support for the continuation ofIsrael’s military occupation and “settlement” of Palestinian territory remains strong within Israeli society. Regardless, Levy has said that he will continue reporting and arguing for real Israeli accountability both at home in Israel and abroad.

[ii] Hari, Johann. “Is Gideon Levy the most hated man in Israel or just the most heroic” The Independent, September 2010.