CJPME Factsheet 196, published February, 2016: On Feb. 22, Parliament passed a motion to condemn Canadian groups and individuals who promote the BDS movement.  This factsheet addresses misconceptions about the BDS movement that were apparent during the Parliamentary debate.

Factsheet Series No. 196, created: February 2016, Canadians for Justice and Peace in the Middle East
View factsheet in PDF format 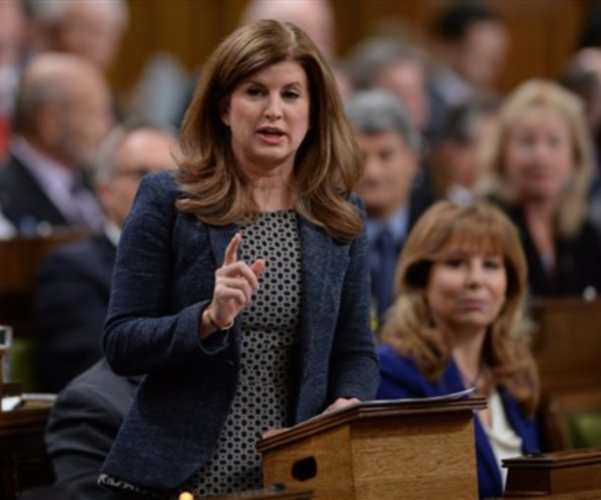 On Monday, Feb. 22, 2016, Canada’s Parliament passed a motion asking the government to condemn groups and individuals who promote the BDS movement in Canada.  Sadly, in the “debate” preceding the vote, no mention was made of the actual stated objectives of the movement.  As with any topic debated in Parliament, whether involving defence, commerce, the environment, foreign affairs or other areas, most Canadians would want their MPs to have a basic understanding  of the topic during debate.  In CJPME’s chats with MPs after the vote, many MPs admitted they knew virtually nothing about the BDS movement, and what motivates it.  This factsheet addresses a few of the false accusations against the movement that arose during the Parliamentary “debate.”

No.  The people and organizations around the world which support the BDS movement do so because they agree with the movement’s objectives as stated at its launch in 2005.  The movement calls for the boycott, divestment, and sanctions on Israel “until it complies with international law and universal principles of human rights.”  The three core objectives of the BDS movement align very closely with Canada’s official policy on the Israel-Palestine conflict as described in the paragraphs below.

The second stated objective of the BDS movement is “Recognizing the fundamental rights of the Arab-Palestinian citizens of Israel to full equality.” [4]  This is amazingly similar to Canada’s Global Affairs commitment to human rights around the world: “Canada takes principled positions on important issues to ensure that freedom, democracy, human rights and the rule of law, values that define this country, are enjoyed around the world.” [5]

The third stated objective of the BDS movement is “Respecting, protecting and promoting the rights of Palestinian refugees to return to their homes and properties as stipulated in UN resolution 194.” [6]  In 1948, Canada voted in support of Resolution 194 at the UN.   Canada’s continued support for Resolution 194 is reflected on Canada’s Global Affairs Website: “Canada believes that a just solution to the Palestinian refugee issue is central to a settlement of the Israeli-Palestinian conflict, as called for in United Nations General Assembly resolution 194 (1948) and United Nations Security Council resolution 242. … This solution should respect the rights of the refugees, in accordance with international law.” [7]

No.  The BDS movement is supported by many people – including many Jewish-Canadians – who simply want Israeli policies to change, and have no intention of trying to destroy or delegitimize Israel.  Some opponents of BDS argue that the movement’s support for the rights of Palestinian refugees as per UN Resolution 194 could represent a threat to Israel’s existence as a “Jewish” state, as large numbers of Palestinian refugees might return to the areas from which they were expelled in 1948 and 1967.  However, the rights of Palestinian refugees “have been understood in formal and informal negotiations between Israel and Palestinians to be ones that would be implemented only gradually and offered alongside alternative compensation, such as settling in the new Palestinian state or in a third country such as Canada.” [8]

While Palestinians have expressed a willingness to accept alternative arrangements or compensation, it’s still important to mention that refugees – including Palestinian refugees – do have inalienable rights that must be acknowledged.  The Universal Declaration of Human Rights declares that “Everyone has the right to leave any country, including his own, and to return to his country.” [9]  The idea of asking refugees to relinquish their human rights – out of fears that giving them their rights might threaten the “ethnic purity” of a state – should be repulsive to most in the 21st century.

Is it unfair to single out Israel?

Supporters of the BDS movement boycott Israel because they have been explicitly asked to do so by the Palestinians.  In 2005, over 170 organizations from Palestinian civil society asked the international community to boycott Israel. [10]  It’s important to note that, whereas Israel has militarily occupied the West Bank and Gaza since 1967, the BDS movement was only launched in 2005, after decades of less forceful attempts to persuade the Israeli government to respect Palestinian human rights.  These efforts include, for example, 1) dozens of UN resolutions calling for Israel to respect the human rights of Palestinians; 2) a decision in support of Palestinian human rights by the International Court of Justice in 2004, and 3) decades of international diplomatic peace efforts.

As Patrick Martin of the Globe and Mail points out, the BDS movement was launched to “help in dealing with Palestinians’ biggest problems.  It was not intended to solve all the problems of the world.”  As Martin points out, the boycott of Apartheid in South Africa didn’t address the crimes of the Khmer Rouge in Cambodia, or other repressive regimes of the time.

It’s important to note that Israel’s violations of Palestinian human rights have been going on a long time.  The first illegal Israeli colony (a.k.a. “settlement”) in the West Bank was built in 1967.  In the almost 50 years since, the number of Israeli colonists (“settlers”) illegally planted in the West Bank has increased to over 600,000 now.

The human rights abuses committed against the Palestinians by Israel also seem especially dreadful because they are ethnically-oriented.  That is, many of the abuses suffered by the Palestinians are the result of Israeli laws established to confer or rescind rights based primarily on one’s ethnicity.

According blacks in America their proper civil liberties did not destroy America.  Giving blacks equal rights in South Africa did not destroy that country. “If [people claim that] the goals of BDS – namely freedom, justice and equality for the Palestinians – would ‘destroy’ Israel, what does that say about Israel?”asks Omar Barghouti, one of the Palestinian activists who founded the BDS movement. [11]

[7] Ibid., “Canadian Policy on Key Issues in the Israeli-Palestinian Conflict”