Factsheet Series No. 202, created: May 2017, Canadians for Justice and Peace in the Middle East
View factsheet in PDF format 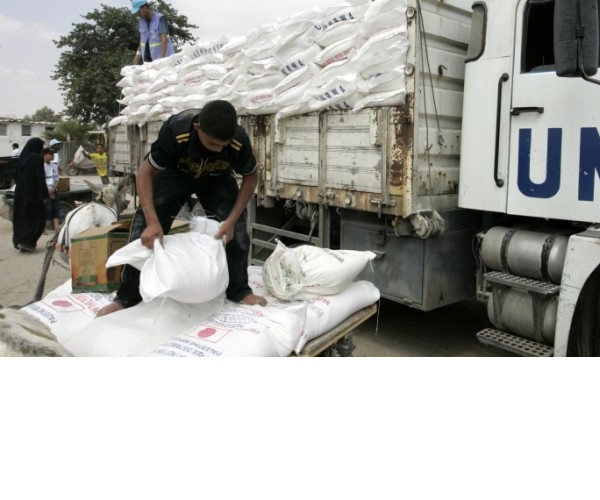 In 2016, the Trudeau government restored funding to the United Nations Relief and Works Agency for Palestinians in the Near East (UNRWA), the UN aid organization serving the 5 million registered Palestinian refugees.  54% of UNRWA’s budget goes to running schools for Palestinian refugees; another 17% goes to health services; and 25% goes to social and support services.  Canada was a regular donor to UNRWA for decades, but that changed under the Harper government, during which funding was stopped completely for several years.  Conservative voices criticized the Trudeau government severely for the decision to restore funding, and made several misleading allegations, addressed as follows.

Does UNRWA have ties to Hamas?
No.  Critics of the United Nations Relief and Works Agency for Palestinians in the Near East (UNRWA) often claim that the organization may have inappropriate links to Hamas. Conservative commentators in Canada have suggested there is “ample proof that ‘massive amounts’ of UN aid have been redirected to support [Hamas’] military effort against Israel.” [i] While sensational as an allegation, there is no proof of inappropriate ties.[ii]  As described below, even the shaky accusations on record are very indirect, and there is certainly no evidence that UNRWA is actually funnelling funds or supplies to Hamas.  With a 2016 budget of US$ 668 million, UNRWA has sophisticated financial controls, and its finances are highly scrutinized by many of its donors, foremost the US which gave $368 million in 2016.

Some accuse UNRWA of employing Hamas members.[iii] To evaluate this accusation, it is important to understand that Hamas is a political organization in addition to being a resistance movement, i.e. opposing Israel’s military occupation of Palestinian territories.  Established in 1987, Hamas provides many community services to civilians in Gaza and the West Bank at the same time that it maintains a militant/armed wing.[iv] While it has carried out terrorist acts – and is labelled by Canada as a terrorist organization – it has strong political legitimacy and support within its host population.[v]

After being questioned about UNRWA employing Hamas members in 2004, the UNRWA Commissioner General UNRWA Peter Hansen admitted that it was likely that the agency did employ individuals who were members of this group. He clarified that – as political organization – Hamas had many adherents in Gaza, and that screening for membership would be a form of “political vetting.” [vi] Like many other organizations, UNRWA does not deny employment to individuals based on beliefs. Nonetheless, Hansen emphasized that UNRWA employees follow all the UN standards and norms of neutrality.[vii] This means that while they are working for UNRWA, employees cannot engage in any activity that would jeopardize the organization’s neutrality.

Another criticism of UNRWA is that its leaders have inappropriate relationships with Hamas. This criticism of UNRWA is based on oft-cited research by the Foundation for Defense of Democracies (FDD), a US-based think tank known for its pro-Israel views, its pro-Israel donors, and its opposition to Obama’s Iran deal.[viii] Many accusations against UNRWA cite the FDD – or cite other articles which cite the FDD – creating a circular pattern of citations where evidence is not founded on facts but on hearsay. [ix]

For its part, the FDD suggests there is a “link” between UNRWA and Hamas because an UNRWA spokesperson – Chris Gunness – spoke[x] at an event for the Palestinian Relief and Development Fund (Interpal), a British charity. While the US branded[xi] Interpal a terrorist organization in 2003, the British High Court disproved all “terrorist funding” allegations against Interpal in three separate cases, in 1996, 2003 and 2009.  So Interpal has been subjected to Britain’s Charity Commission’s investigations regarding “ties” to Hamas and has been cleared on all counts.[xii] And of course, the only “link” between UNRWA and Interpal cited by the FDD was the Gunness speech.

Does UNRWA allow Hamas to use its schools as weapons caches?

No.  In fact, UNRWA maintains regular inspections to ensure that all its facilities are free of any weapons.  During such inspections in 2014, UNRWA officials twice discovered and publicly reported weapons hidden in unoccupied schools.[xiii] Even so, critics faulted UNRWA for having permitted the weapons, and for having returned the weapons to Hamas.[xiv]

Following these critiques, UNRWA denied having had prior knowledge of the weapons, and emphasized that these were the first such known instances. Local authorities were unable to specifically link the weapons to Hamas, something the UNHCR confirmed in its report a year later.[xv] Since UNRWA itself 1) maintains facilities inspections, 2) announced the weapons discovery, 3) condemned the perpetrators, 4) stands only to lose from the discovery, it seems far fetched to accuse UNRWA of having conspired with Hamas to hide the weapons.

Regarding the weapons’ disposal allegation, UNRWA followed the UN’s usual procedure when it is involved in humanitarian practices, which is to refer the operation to the local authorities.[xvi] Therefore in order to maintain its neutrality, they asked the local police force of Gaza—which works under the auspices of Palestinian Authority government in Ramallah—to dispose of the weapons. To arguments that local police were under Hamas influence, UNRWA spokesperson Chris Gunness responded: “We handed [the weapons] over to the relevant authorities, and […] the experts that came and did it, are under the government of national consensus in Ramallah.”[xvii] Thus, it is false to suggest that UNRWA returned the weapons to Hamas.  Nevertheless, critics must keep in mind that as a non-profit services organization, UNRWA inevitably must interact with local authorities, whether the de facto Hamas government in Gaza, the Jordanian government in Jordan, etc.

Does UNRWA incite hate against Israelis?

No, although UNRWA has disciplined staff for violating organizational guidelines for personal behaviour.

In 2015, the organization UN Watch accused UNRWA staff of inciting violence and promoting anti-Semitism against Israeli Jews.  UN Watch had identified Facebook profiles of individuals purporting to be UNRWA employees who had posted videos and pictures depicting the shooting and stabbing of Israeli Jews.[xviii]  During a press briefing on October 20th 2015, the UN Secretary General’s Spokesperson announced that UN Watch’s allegations would be investigated.

UNRWA employees are required to abide by all UN standards and norms of neutrality and integrity. All vacancy announcements include an English and Arabic statement about the organizational values. Employess are told that their political, religious, and other beliefs must not influence their work.  UNRWA employees are subject to monitoring during and outside work hours, and staff members are told to report misconduct by coworkers.[xix]

Via the investigation mentioned above, it was found that some of UNRWA’s staff members had indeed incited anti-Semitism with their personal social media accounts despite UNRWA’s staff code of conduct. Nevertheless, more than 90 Facebook accounts identified by UN Watch as having spread anti-Semitic rhetoric were proven to be aliases falsely posing as UNRWA staff.  UNWRA took disciplinary action against all employees involved, in some cases dismissing them, and in other cases suspending their pay. [xx]

If ties to Hamas were found, how should Canada respond?
As seen above, if UNRWA had proven ties to Hamas militants, remedial action would be taken promptly.  In such a case,Canada should work with UNRWA and other donors to ensure continued UNRWA adherence to its core principles.  Canadian funding should not be withdrawn, as that would penalize the millions of refugees who benefit from its services.  UNRWA is managed to maintain neutrality in its services, and breaches by rogue individuals should not justify the loss of Canadian support.

[viii] Judas, John B. “The Little Think Tank That Could”. Slate. Aug. 8, 2015, http://www.slate.com/articles/news_and_politics/foreigners/2015/08/foundation_for_the_defense_of_democracies_inside_the_small_pro_israel_think.html

[xv] “Report of the Independent Commission of Inquiry on the 2014 Gaza Conflict.” Office of the United Nations High Commissioner for Human Rights. June 24, 2015