Letter to Joly: Canada must respond to escalation of attacks on Palestinian NGOs 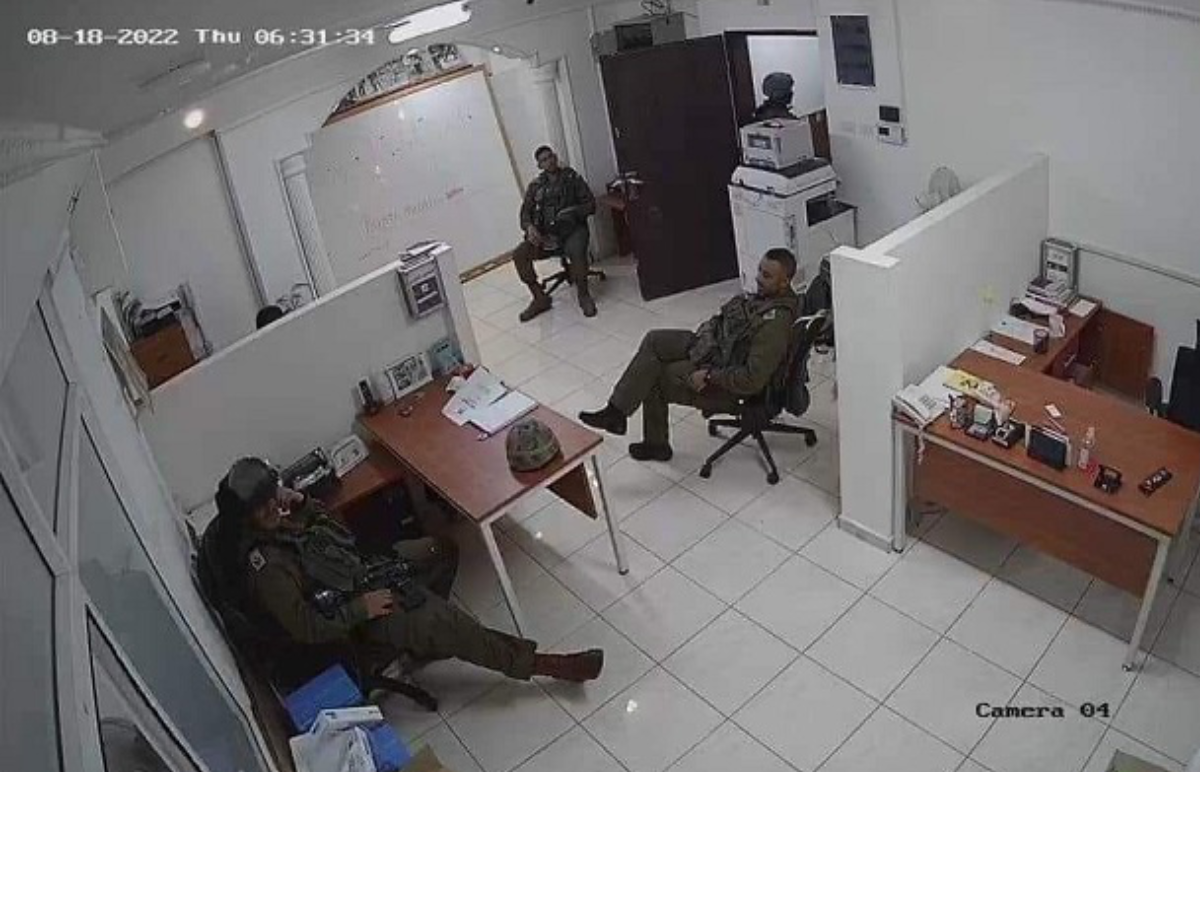 Montreal, August 18, 2022 - Below is a letter to Minister of Foreign Affairs, Hon. Mélanie Joly, urging her to take action and condemn Israel's latest attack on six leading Palestinian NGOs, whose offices were raided and shut down early this morning. Click here to download the PDF version.

I am writing to urge you to take immediate action in support of six leading Palestinian NGOs, whose offices in Ramallah were raided and shut down by Israeli occupation forces early this morning. In October 2021, Israel’s Minister of Defense Benny Gantz outlawed these organizations based on false terrorism charges, for which there is no credible evidence, in a clear attempt to shut down their activities. This morning Israeli forces escalated their repression by raiding and damaging their offices, confiscating their property, welding their doors shut, and leaving behind military orders declaring the organizations to be unlawful. Israel’s alarming and horrifying attacks on the six organizations amount to the attempted elimination of Palestinian civil society and must be condemned in the strongest terms possible.

Let me remind you that the organizations which have been targeted by Israel’s repressive actions include some of the most respected civil society groups operating in the occupied Palestinian territories (OPT). This includes Defense for Children International – Palestine (DCI-P), which is currently investigating the deaths of 17 children killed during Israel’s recent military offensive in Gaza. It also includes Al-Haq, a human rights and international law organization which is currently preparing evidence for the International Criminal Court’s investigation into war crimes in the OPT. Israel’s latest raids are designed to obstruct and shut down this critical human rights work.

My organization, Canadians for Justice and Peace in the Middle East (CJPME), has been warning your government since October that Israel’s false “terrorism” designations were certain to have catastrophic consequences for these NGOs, and we have called on you to demand of your Israeli counterparts that these designations be rescinded. This was emphasized in a letter to your office dated December 13, 2021, for which we have not received a reply. I’m also aware that you have been contacted about this matter by the Canada-Palestine Parliamentary Friendship Group, the Coalition of Canadian Palestinian Organizations, the National Council of Canadian Muslims, Amnesty International, opposition parties, and many civil society organizations.

Unfortunately, I’ve been distressed to watch as your government has repeatedly refused to take a position. In a reply to a question in Parliament in December 2021, you suggested that Canada had not yet made a determination about the credibility of Israel’s allegations, stating that you were still waiting for “clarity” from the Israeli government. This past March, your government’s reply to a Parliamentary e-petition did not mention Israel’s terrorism designations against the Palestinian NGOs, nor did it express support for the specific groups being targeted.

This hesitation to take a position on Israel’s crackdown on Palestinian civil society is entirely unjustifiable. Within a few weeks of Israel’s outlawing of the six organizations, its secret dossiers of supposed evidence had already been leaked to the press and widely discredited, and Israel had been condemned by UN aid agencies and rights experts, Amnesty International and Human Rights Watch, and more than twenty Israeli human rights groups. In recent months, ten European governments and UN officials have confirmed that they have still not received any credible evidence from Israel to justify the designations, and have urged support for the Palestinian NGOs:

Canada’s ongoing silence in the face of unfounded attacks on Palestinian civil society is contributing to Israel’s sense of impunity and will only embolden further and more dangerous actions against human rights defenders. It is critical to emphasize that these attacks are happening in a context in which Israeli airstrikes in Gaza have recently and deliberately targeted civilian infrastructure, and that Israeli forces continue to use lethal force against children in frequent raids throughout occupied territory. More than ever, civil society is necessary to hold Israel accountable for its actions, including violations of human rights and international law.

I can be reached at 438-380-5410 to discuss this urgent matter further. CJPME is also still willing to assist in arranging a meeting with one or more of the Palestinian civil society groups targeted by this latest move.