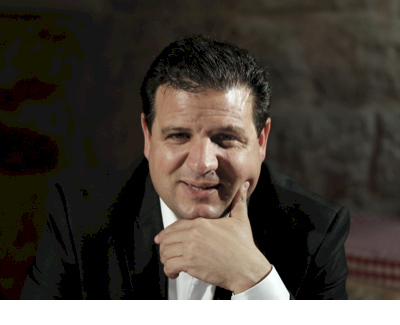 Montreal, April 6, 2016  — Canadians for Justice and Peace in the Middle East (CJPME) is thrilled to announce it will be hosting Ayman Odeh for a speaking event in Montreal on April 12 at 7:00 p.m.  Mr. Odeh is a lawyer and member of the Israeli Knesset (i.e. the Israeli Parliament.)  As leader of the “Joint List,” a party with 13 MKs, he is also an important political leader of Palestinians in Israel. His talk will focus on the Palestinian leadership in Israel, the struggles that Palestinians in Israel face, and how this community is fighting politically for its rights within Israel.

CJPME believes Mr. Odeh’s talk will provide important and first-hand insight into how Palestinians are involved, and obstructed, in Israeli politics. Mr. Odeh is leader of the “Joint List,” a coalition of Arab parties in the 2015 Israeli elections which won more seats for Palestinians in Israel than ever before.  “Mr. Odeh is a pivotal political player in Israel. He may bring Palestinians into a more central role in Israeli politics.  But his success could also precipitate a backlash among right-wing Israeli movements,” says Thomas Woodley, president of CJPME.  CJPME points out that Odeh is also a symbol of the peaceful justice movement in Israel.  Odeh himself calls for “Arabs and Jews” against racism and segregation.

Mr. Odeh rose to international prominence in early 2015 amid an upheaval in Israeli politics. The small political parties that represent the Palestinian population in Israel (1.7 million out of more than 8 million) reacted to a new election law designed by right-wing Israeli parties to disenfranchise them in the Knesset. Putting aside their ideological differences, several small Arab parties formed a coalition called the “Joint List” with Mr. Odeh as its leader. This party went on to win 13 seats in the election—the largest ever for an Arab party—with 11% of the total vote, making it the third largest party in Israel’s Knesset. Analysts credit the charismatic Odeh for giving the Arab political union a more moderate, pragmatic face.