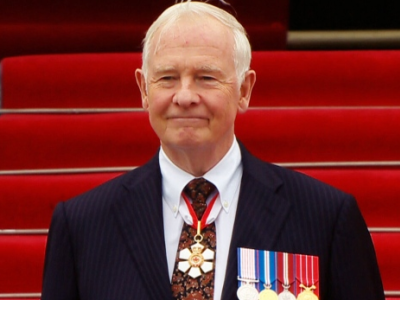 Montreal, October 27, 2016  — Canadians for Justice and Peace in the Middle East (CJPME) calls for Governor-General David Johnston’s state visit to the Middle East to be the moment for the Liberal government to demonstrate a new approach to the region.  “Thus far, the Trudeau government has been virtually indistinguishable from the Harper government on questions relating to the Israel-Palestine conflict,” said Thomas Woodley, President of CJPME.  CJPME believes that after a year in office, it’s time for the Trudeau government to define a new approach vis-à-vis the conflict.

“Trudeau promised that he was going to be a ‘frank voice’ in the Middle East; that he would not hesitate to criticize illegal Israeli settlements. But we have seen nothing like this,” observed Woodley. In recent months when the US – Israel’s staunch ally – was extremely critical of Israeli settlement expansion, the Canadian government said nothing. US Official John Kirby declared, “We strongly oppose [Israeli] settlement activity, which is corrosive to the cause of peace. These steps by Israeli authorities are the latest examples of what appears to be a steady acceleration of settlement activity that is systematically undermining the prospects for a two-state solution.” Canada has been silent despite almost monthly announcements of illegal settlement expansion by Israel.

Johnston’s visit is also to be a time to review Canada’s aid to the Palestinians. Despite making noises otherwise, the Trudeau government has still not restarted support for the UN Relief and Works Agency (UNRWA), the UN organization that runs schools, health services and youth programs in Palestinian refugee camps. Canada had been a consistent donor, to the tune of about $20 million per year, for UNRWA development programs until the Harper era.

CJPME has also been critical of Canada’s military support for the Palestinian Authority – a program begun under Harper. For Palestinian society, under Israeli military occupation since 1967, training of PA “police” hardly seems the most pressing need. CJPME recommends instead aid programs in institutional development and good governance.

While there are reports that Johnston will try to encourage Israelis and Palestinians to return to the negotiating table, CJPME is not optimistic. Talks failed in 2014 over Israeli settlement-building, and Netanyahu won re-election in 2015 promising to oppose the creation of an independent Palestinian state. “A ‘negotiated solution’ is wishful thinking unless something drastic changes,” concluded Woodley. “In the meantime, Canada must do everything it can to call attention to violations of human rights.”


About CJPME – Canadians for Justice and Peace in the Middle East (CJPME) is a non-profit and secular organization bringing together men and women of all backgrounds who labour to see justice and peace take root again in the Middle East. Its mission is to empower decision-makers to view all sides with fairness and to promote the equitable and sustainable development of the region.