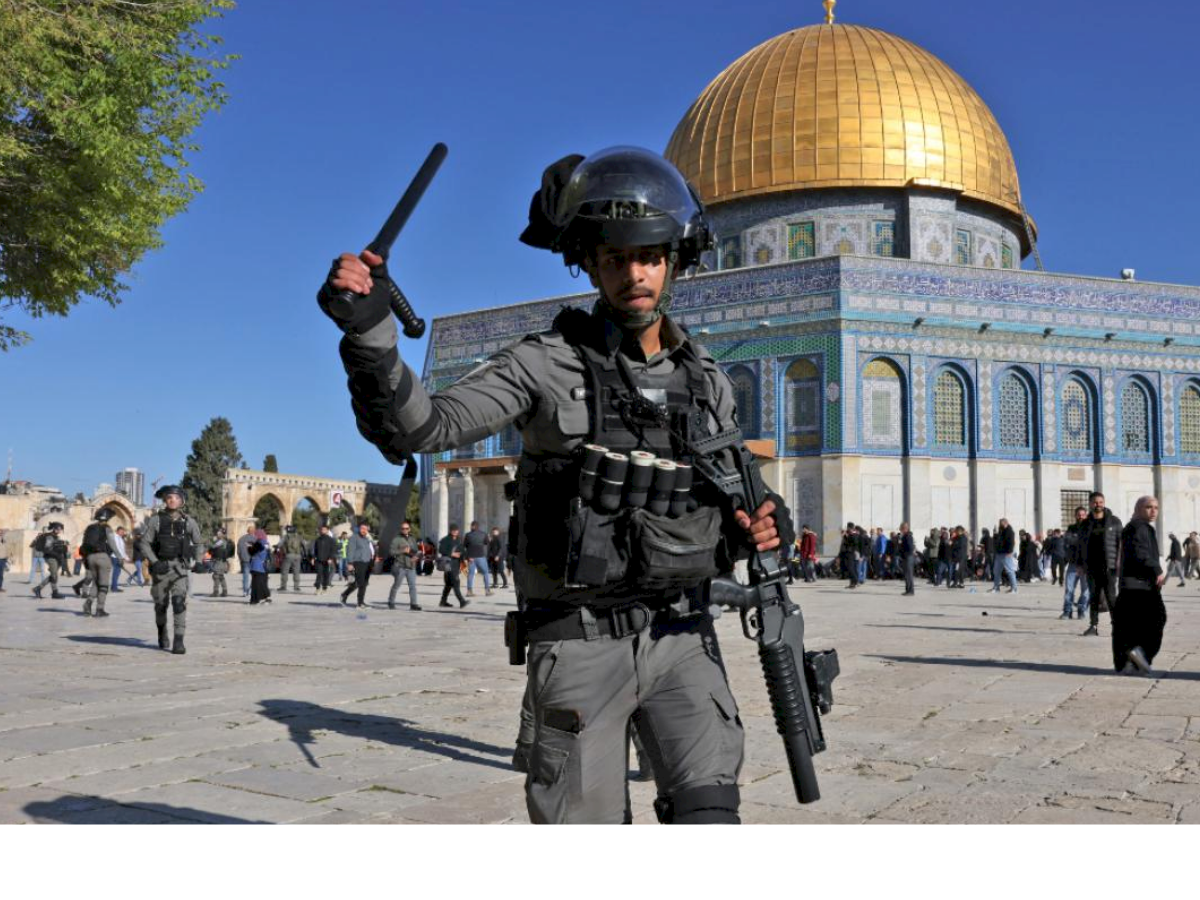 Montreal, April 20, 2022  — Canadians for Justice and Peace in the Middle East (CJPME) is urging the Canadian government to condemn Israeli violence following a series of repeated raids on the Al-Aqsa mosque over the weekend. On Friday alone, Israeli forces injured at least 153 Palestinians, and videos have emerged showing the use of brutal violence against journalists and medics.  Yet in her response to the incident, Foreign Affairs Minister Mélanie Joly failed to directly criticize Israeli actions. More than 5,000 Canadians have written to Prime Minister Trudeau, urging him to respond by condemning Israeli violence and suspending military trade.

“Like many Canadians, we were shocked this weekend to watch the videos of Israeli forces firing stun grenades and rubber bullets into the Al-Aqsa mosque, and beating Palestinians randomly with batons,” said Thomas Woodley, President of CJPME. “Canadians have very little patience left for statements which talk about the ‘de-escalation’ on 'all sides' without making a distinction between the Israeli perpetrators and the Palestinian victims,” added Woodley. CJPME notes that demonstrations in support of Palestinian rights will be continuing in multiple cities across Canada this weekend.

Within the last week, Israeli occupation forces raided the Al-Aqsa mosque five times, indiscriminately deploying the use of batons, tear gas, stun grenades, and rubber-coated steel bullets. Widely circulating videos depict Israeli soldiers engaging in unprovoked violent attacks against women, journalists, medics, and people with disabilities. On Friday alone, Israel’s raid injured more than 153 Palestinians, and ended in arrests of at least 400. Reports show that those injured in the initial attack include 3 journalists, 3 paramedics, and 2 compound guards, many of whom were shot with rubber-coated bullets. During this attack, medical teams were preventing from accessing the scene. On Sunday, dozens of Palestinian worshippers were trapped for hours inside the mosque’s prayer rooms as more than 700 extremist Israeli settlers were escorted around the compound by Israeli forces.

CJPME notes that Canada’s failure to clearly condemn Israel’s actions gives a green light to further escalation. Since the start of Ramadan, at least 18 Palestinians have been shot and killed by Israeli forces in the West Bank, including 3 children. On Wednesday evening, far-right Israeli settlers were marching through Jerusalem’s Old City; Israeli forces were assaulting Palestinian residents in Sheikh Jarrah; and a rocket fired from Palestinian militants in Gaza heightened the threat of Israeli airstrikes in retaliation.

CJPME has been urging Members of Parliament to respond to Israeli violence by taking action to suspend military trade Israel. As revealed in an in-depth CJPME report published last week, Canada’s arms exports to Israel have been accelerating in recent years, and in 2020 reached their highest level in over three decades. CJPME also recommends the launch of a parliamentary study to determine whether past and current Canadian arms exports have been used against civilians in the Occupied Palestinian Territory (OPT) or in airstrikes on Gaza.