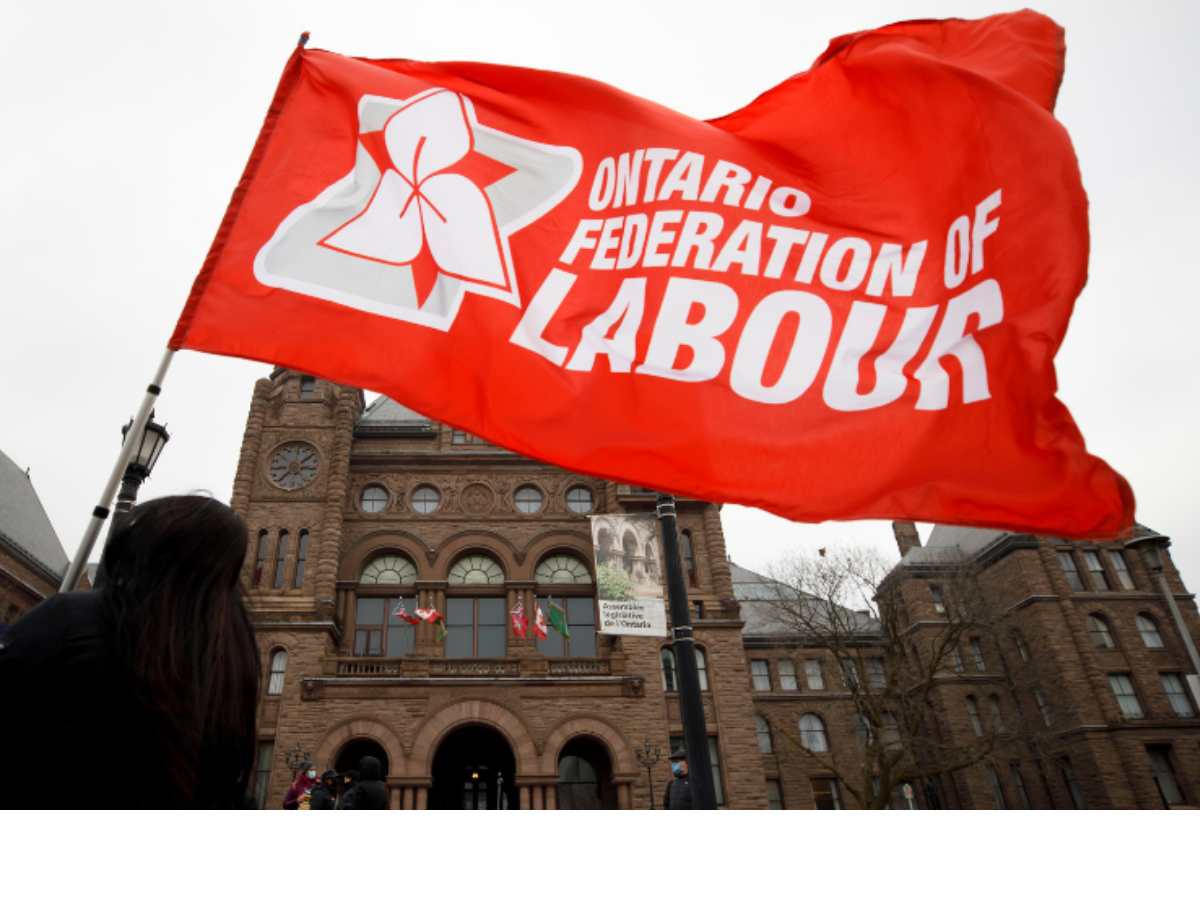 Montreal, June 14, 2022 — Canadians for Justice and Peace in the Middle East (CJPME) congratulates the Ontario Federation of Labour (OFL) for endorsing a series of measures in support of Palestinian human rights, including sanctions on Israel. A resolution adopted by the OFL and published today in a statement on international solidarity calls for an end to Canadian arms sales to Israel, a ban on goods from illegal Israel settlements, and divestment from Israeli military companies. Another resolution adopted by the OFL upholds free speech on Palestine by rejecting the discredited IHRA definition of antisemitism, which equates legitimate criticism of Israel with antisemitism. The OFL is Canada’s largest labour federation, representing more than 1,500 locals from 54 affiliated unions.

“We are excited to see the Ontario Federation of Labour champion an arms embargo on Israel, at a time when Canada’s arms exports are fuelling Israel’s violations of human rights,” said Michael Bueckert, Vice President of CJPME. “This statement from Ontario’s labour movement is a significant declaration of solidarity with the Palestinian people, endorsing concrete measures that Canada can take to end Israeli impunity,” added Bueckert.

CJPME notes the significant increase in labour support for an arms embargo following Israel’s assault on Gaza last year. Motions in support of an arms embargo on Israel have been adopted by the Canadian Labour Congress (CLC) and the labour-affiliated New Democratic Party (NDP), and a June 2021 letter signed by 39 national, regional, and local Canadian labour organizations, including the OFL, called on Canada to suspend the bilateral trade of all arms with Israel. More broadly, motions to endorse the boycott, divestment, and sanctions movement (BDS), which is the Palestinian-led call to put economic pressure on Israel until it complies with international law, have been adopted by the Canadian Union of Public Employees Ontario (2006), the Canadian Union of Postal Workers (2008), the Confédération des syndicats nationaux (2015) and Unifor (2017), among other labour bodies.

CJPME notes that Canada’s military exports to Israel have been accelerating in recent years, reaching a 30-year high of $26,092,288 in 2021. CJPME’s recent report, Arming Apartheid: Canada’s Arms Exports to Israel, warned that such exports could be implicated in violations of human rights and international law, including Israel’s military occupation, offensives on Gaza, or practices of apartheid. The report recommended that Canadian officials take immediate and proactive measures to eliminate the risks associated with its arms exports by suspending all military trade with Israel.