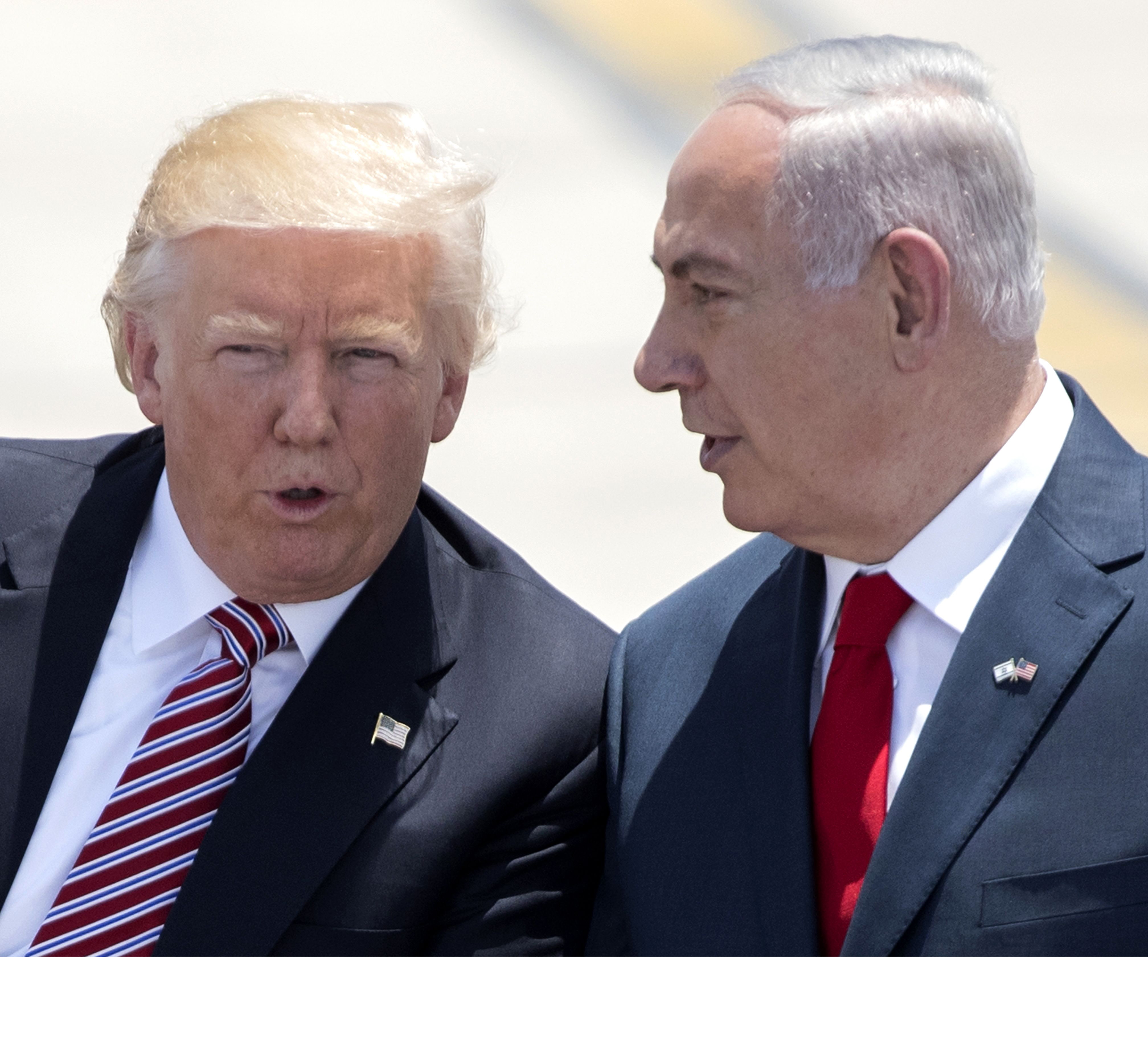 CJPME is pleased to publish the next of a 13 part election series analyzing the positions of Canada’s political parties. CJPME hopes that, by revealing what parties have said and done on key Middle East issues, Canadians will be better informed voters in the upcoming elections. Our next analysis studies each party’s position on Trump's destructive decisions regarding Palestine-Israel.

Of all the major Canadian political parties, the NDP fared best, given their consistent condemnations of Donald Trump’s chaotic pronouncements related to Israel-Palestine. While the Greens were particularly outspoken against Trump’s Jerusalem decree, they failed to speak up for Palestinian refugees, and failed to address Trump’s attempt to legitimize Israel’s illegal territorial ambitions. The Liberal Party received a moderate score, as they failed to condemn Trump’s Jerusalem decision, yet did speak out against Trump’s Golan Heights decree and maintained essential Canadian funding to Palestinian refugees.
Overall, the Conservative Party is far too welcoming of Trump’s destructive Israel-Palestine policies, having already adopted the Trump administration’s position on Jerusalem and Palestinian refugees. The BQ did not receive a grade as CJPME was unable to find specific statements on this file.

Since his election in 2016, US President Donald Trump has made a series of surprising and destabilizing  decisions concerning Palestine-Israel – decisions which contravene international law and reverse decades of historic American foreign policy. Human rights defenders have pointed out that Trump’s one-sided approach to Palestine-Israel makes a mockery of US attempts to act as honest-broker in negotiations between Israel and the Palestinians. Some of Trump’s most scrutinized actions in Palestine-Israel include the following:

Bucking law and international convention on Jerusalem: In December 2017, President Trump announced that the United States would recognize Jerusalem as the capital of Israel and ordered the relocation of the US embassy from Tel-Aviv to Jerusalem. Trump’s decree on Jerusalem ignores countless UN resolutions, notably Security Council Resolution 478 (1980), which called on all UN members to withdraw diplomatic missions from Jerusalem. Israel seized control of East Jerusalem illegally in 1967 and has since then “annexed” and colonized the territory – despite several condemnations from the UN, human rights organizations, and countries around the world.[1] Analysts of the Israel-Palestine conflict have long considered Jerusalem to be a “final status issue” in that it will only be resolved through a negotiated settlement. Trump’s move, however, serves to legitimize Israel’s continued occupation of East Jerusalem. It also rewards Israel without demanding any concessions in return, which underscores just how biased Trump’s approach is.

Abandoning Palestinian refugees: The US has long been the most generous contributor to UNRWA - the UN aid agency that provides health, education and development services to over 5 million Palestinian refugees. Year after year, the US typically provided about one third of UNRWA’s overall working budget. The Trump administration, however, cut all funding to UNRWA in 2018, accusing the organization of mismanaging funds and perpetuating the refugee status of Palestinians.

Legitimizing Israel’s illegal territorial ambitions: Since Trump’s election, the American government has legitimized illegal Israeli territorial ambitions in the occupied Palestinian and Syrian territories. For example, in March 2019, Trump became the first world leader to recognize Israeli sovereignty over the Golan Heights, Syrian territory occupied and illegally colonized by Israel since 1967. Shortly afterward, in June 2019, US Ambassador to Israel David Friedman expressed support for a possible Israeli annexation of the occupied Palestinian territories, stating that “Israel has the right to retain some…of the West Bank.”[2]

The Liberal Party under the leadership of Justin Trudeau has taken an extremely cautious approach to Trump’s Israel-Palestine decisions. With regards to the US embassy move, the Trudeau government remained quiet about the American decision to move its embassy, meanwhile reassuring Canadians that the Canadian embassy would remain in Tel-Aviv.[3] Despite Canada’s statement, the Liberal government voted against an UN General Assembly resolution condemning Trump’s decree.[4]

While the Liberals have remained quiet on statements made by US officials about West Bank annexation, the Liberals did issue a statement opposing Trump’s recognition of Israeli sovereignty over the Golan Heights. In March 2019, Global Affairs Canada stated that “Canada does not recognize permanent Israeli control over the Golan Heights” and that “annexation of territory by force is prohibited under international law.”[6]

The Conservative Party has supported – and even adopted – many of US President Donald Trump’s positions on Israel-Palestine. One such example is the US government’s decision to move the American embassy to Jerusalem. Echoing Trump’s decision, in February 2018, Conservative Party leader Andrew Scheer vowed to relocate the Canadian Embassy to Jerusalem,[7]  breaking with decades of international consensus.  This promise also breaks with long-standing official Canadian policy on Israel-Palestine, which has never recognized Israel’s illegal annexation of East Jerusalem. Scheer further vowed to recognize Jerusalem, including occupied East Jerusalem, as Israel’s capital, after suggesting that Israel had “liberated” the old city of Jerusalem (i.e. East Jerusalem).[8] In August 2018, the majority of the Conservative Party membership voted in favour of adopting a resolution that recognizes Jerusalem as the capital of Israel and calls for Canada to move its embassy from Tel-Aviv to Jerusalem.[9]

While there are no Conservative statements in support of Israel’s illegal territorial ambitions, the Conservatives often fail to recognize international law concerning Israel’s colonies in the oPt, opting to use the term “contested settlements” rather than “illegal settlements” as defined by numerous UN Security Council resolutions.[13]

Most of the NDP’s positions with regards to Trump’s decisions towards Israel-Palestine are based on international law and long-standing international and Canadian convention. Concerning Trump’s Jerusalem decision, the NDP immediately condemned the move and warned against the Conservative Party’s aspirations to “copy Donald Trump’s foreign policy,” on Israel-Palestine.[14] The NDP Foreign Affairs Critic Hélène Laverdière strongly urged the Trudeau government to condemn Trump’s recognition of Jerusalem as Israel’s capital.[15]

On the UNRWA file, during the Harper years, the NDP was very active in calling on for the reinstatement of Canadian funding, citing UNRWA’s status as a lifeline for many Palestinian refugees.[16] Speaking to the importance of maintaining support for UNRWA, Laverdière rebuked Trump’s “retreat from multilateralism” on the international stage.[17]

When Trump recognized Israeli sovereignty over the occupied Golan Heights, NDP leader Jagmeet Singh was quick to tweet a response opposing the move as a contravention of international law, calling on the Trudeau government to condemn this decision.[18]

While the BQ has not issued any formal statements opposing Trump’s destructive decisions on Israel-Palestine, BQ MPs have occasionally expressed their opposition to foreign embassies in Jerusalem and illegal Israeli territorial ambitions. [19]

The Green Party of Canada under the leadership of Elizabeth May has repeatedly condemned American support for Israel’s human rights abuses against Palestinians and violations of international law. The Green Party condemned Trump’s decision to relocate the US embassy to Jerusalem, citing international law and consensus, while criticizing the Trudeau government for its inaction on this file.[20]

CJPME was unable to find any other Green Party statement on Trump’s other destabilizing decrees on Israel-Palestine.

[2] “US ambassador: Israel has right to annex parts of West Bank.” The Guardian. June 8th, 2019. https://www.theguardian.com/world/2019/jun/08/us-ambassador-israel-david-friedman-west-bank-annexation.

[17] “NDP Calls on Liberals to Disavow Trump’s Retreat From Multilateralism.”