CJPME Factsheet 61, published April, 2009: This factsheet looks at Israel’s move to the right in the political spectrum. The 2009 Israeli elections resulted in the victory of a right wing government headed by the leader of the Likud party, Benjamin Netanyahu, that is the most overtly hawkish in the country’s recent history. Its election does not bode well for regional stability or peace with Palestinians, and its worldview and intentions are explicit in their current policies, political histories, and portrayal in the media.

The 2009 Israeli Elections and Israel’s Move to the Right

Factsheet Series No. 061, created: April 2009, Canadians for Justice and Peace in the Middle East
View factsheet in PDF format 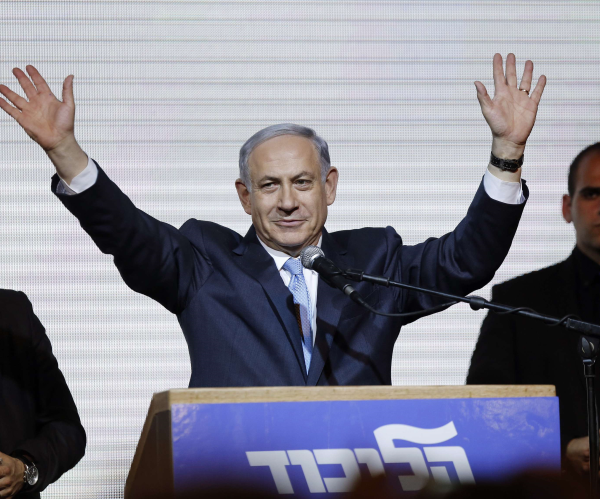 The 2009 Israeli elections resulted in the victory of a right wing government headed by the leader of the Likud party, Benjamin Netanyahu.  As evidenced by election results, the Israeli polity and its representative parties are both disparate and fractured.  The result was a contentious and fragile coalition-building process that saw a record of thirty cabinet posts, with the inclusion of the religious Shas, the ultra-rightwing Yisrael Beiteinu, and the right of centre Labor parties in a single government.

The government is the most overtly hawkish in Israel’s recent history, and its election does not bode well for regional stability or peace with Palestinians.  The government’s characterization as ‘hawkish’ cannot be dismissed as mere conjecture.  The new government’s worldview and intentions are explicit in their current policies, political histories, and portrayal across the media spectrum.

Who are the prominent players in the new Israeli government?

Benjamin Netanyahu: Prime Minister and head of Likud party.  Previously served as PM from June 1996 to July 1999; Ariel Sharon’s Foreign Minister from 2002-2003, and Finance Minister from 2003 to 2005; quit in protest of plans to remove illegal Israeli settlers from the Gaza Strip.

Elyiahu Yishai: Deputy PM/Interior Minister and head of Shas party.  Based in religion, Shas’ historical positions do not run parallel to a left/right spectrum: has actively supported peace initiatives on religious edicts to protect human life; condemned some religious settlers; but voted against removal of illegal settlements from Gaza.  Yishai’s politics are predominantly domestic: calls for full adoption of religious (Halakha) law to govern Israel; has called homosexuality a ‘disease’, wishing gays “a speedy recovery.”[1]

Avigdor Lieberman: Foreign Minister and head of Yisrael Beiteinu party.  Has called for loyalty oaths to Israel “as a Jewish state” as a requisite for citizenship rights; currently under investigation for corruption and money laundering; consistent calls for violations of 1967 borders and ethnic population transfers.[2]

Palestinian negotiators, Israeli commentators, and international politicians have all recognized the reality that the current government seeks to dictate policy, not negotiate based on past agreements or UN resolutions – a dynamic consistent with Likud’s historical positions.  Mr. Lieberman has stated repeatedly that dialogue with Palestinians is a “dead end.”  Mr. Netanyahu has recently proven evasive about his vision for a settlement, stating: “Israel expects the Palestinians to first recognize Israelas a Jewish state before talking about two states for two peoples.”[3]  A glance at previous statements provides context:

Likud apologists are keen to point out the government was in power at the outset of the Oslo negotiations.  However, the party has consistently and overtly denied Palestinian rights to self-determination. A major rift developed within the party when some members – most prominently Ariel Sharon – started discussing potential exchange of land for peace.  The Likud Party Central Committee voted against a Palestinian state in 2002,[4] and split in 2005 when Sharon left to form Kadima.

The 2006 Likud election platform stated: “The Government of Israel flatly rejects the establishment of a Palestinian Arab state West of the Jordan river. The Palestinians can run their lives freely in the framework of self-rule, but not as an independent and sovereign state. Thus, for example, in matters of foreign affairs, security, immigration and ecology, their activity shall be limited in accordance with imperatives of Israel's existence, security and national needs.”[5]

Refugees: Likud does not recognize the legal rights to return or compensation of Palestinian refugees, stating “Israel will not take any moral responsibility for those refugees, since their very plight today is the result of the fatal decisions made by the Arab world: the decision to declare war on Israel.”[6]

Jerusalem: Likud is against Palestinian shared control in East Jerusalem, stating: “The worst action that can be taken for peace is dividing Jerusalem. [This] would create a permanent site of friction […] likely to ignite the entire region. Only an undivided Jerusalem under Israeli sovereignty can preserve regional peace.”[7]

Borders & Settlements: Violating all UN resolutions and iterations of the peace process, Mr. Lieberman has called for the exchange of areas of populated by Palestinian citizens of Israel for illegal Jewish settlements in the West Bank and abrogation of the 1967 borders.

Middle Eastern politics and power balances are complex, Janus-faced, and deeply interconnected; a shift in one relationship means a shift in all others, and past actions often come to bear on current relationships.  On balance, the current government’s policies tend significantly towards the bellicose.

There have been consistent and promising reports regarding Israeli/Syrian talks over the occupied Golan Heights.[8]  But inclusion of Mr. Lieberman has meant a cooling of relations with Egypt.  After a characteristically brash personal attack on Egyptian president Hosni Mubarak, and repeated instances of anti-Arab racism, [9] Egyptian Foreign Minister Aboul Gheit stated that Mr. Lieberman was not welcome in Egypt and Egypt would stop dealing with the Israeli Foreign Ministry.[10]

There are alarming reports from all points on the media spectrum regarding preparations to attack Iran.[11]  Counter to the Obama Administration’s overtures towards dialogue, the Israeli government labels Iran an ‘existential threat’, is procuring advanced weapons guidance systems, training for long-range aerial missions, and conducting nationwide civil defense drills.[12] Any such attack would scuttle Western diplomacy with Iran, end Israel’s talks with Syria, and embolden violent elements throughout the region.

How has the international community reacted to the elections?

The results of the election have elicited wide-ranging responses from the international community; reactions from those states with which Canada has strong affinity have ranged from concern to calls for isolation.  On March 10th Dutch Labor MPs called for Dutch and European sanctions against Israel should the government renege on its commitments to negotiate a peaceful solution.  Dutch Labor MP Martijn van Dam called Minister Lieberman: “an extremist who is on the brink of racism," adding, "This is not a government with much prospect for peace."[13]  On March 14th Spain’s Foreign Minister called on Israel not to shirk its previous commitments, saying the EU should rethink its positions on the conflict.[14]

Both U.S. Secretary of State Hillary Clinton and Middle East Envoy George Mitchell have rebuked the Netanyahu government for intensified civilian home demolitions in East Jerusalem, expansion of illegal settlements,[15] and an abandonment of the notion of an independent Palestinian state in favor of economic development and reinforced Israeli control and occupation.[16]

[2] See CJPME factsheet no.57 “The Challenge of Avigdor Lieberman and  Yisrael Beiteinu” (March, 2009) at http://www.cjpme.org/DisplayDocument.aspx?DocumentID=376&SaveMode=0

[9] Fisk,Robert. “Why Avigdor Lieberman is the worst thing that could happen to the Middle East”, The Independent, March 18, 2009.