CJPME Factsheet 069, published November, 2009: During Israel's War on Gaza between Dec. 26, 2008, and mid-January, 2009, Israel shot and killed several Palestinian civilians waving white flags as they sought to move to safety during the conflict.  This factsheet summarizes Human Rights Watch's findings and recommendations concerning these incidents.

Factsheet Series No. 69, created: November 2009, Canadians for Justice and Peace in the Middle East
View factsheet in PDF format 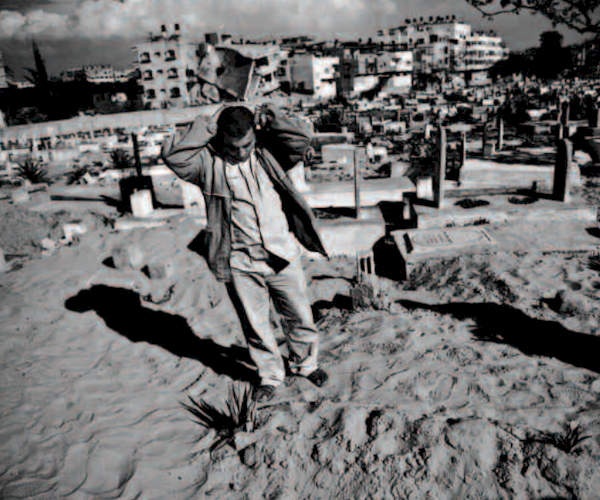 On December 27th 2008 Israel launched Operation “Cast Lead,” a 22 day military assault on the Gaza Strip. Upwards of 1400 civilians, many of them women and children were killed during the assault, which also destroyed civilian infrastructure and public services.[i] A number of human rights organizations have raised serious questions regarding the Israeli army’s conduct during this period.[ii] A report by Human Rights Watch (HRW) entitled “White Flag Deaths; Killings of Palestinian Civilians during Operation Cast Lead” investigated seven incidents where Israeli soldiers fired at civilians waving white flags, killing eleven people. The report provides strong evidence that Israeli soldier’s at the very least failed to adequately distinguish between civilians and combatants, and at worst may have deliberately targeted civilians.[iii]

How did HRW select the particular cases discussed in its report?

The cases examined in the Human Rights Watch report stood out because in each of them the victims were among a group of other civilians and were using white flags to convey their non-combatant status. Evidence also indicates that no fighting was taking place in these areas at the time of these incidents and that no Palestinian fighters were present among the civilians who were shot. The civilians were also in plain view and posed no obvious security threat.  In addition, several witnesses were able to corroborate the details of each of the incidents. HRW also used ballistic evidence and medical records to substantiate each of the accounts.

In one incident described in the report, IDF soldiers shot at two women as they emerged from their home in Beit Lahiya holding white flags at 11:30 a.m. on January 4th.  One of the women was killed, apparently from a sniper positioned only about 50 meters away. [iv]

In another incident that occurred on January 13th, Rawiya al-Najjar of Khuza’a was waving a white flag while under orders by nearby Israeli soldiers to lead a group of about 15 women to the village centre.  As she walked, she was shot in the head and killed by an Israeli sniper, in a story that was corroborated through interviews with five witnesses who were present at the time.  The likely location of the Israeli sniper was also identified: a nearby home which had been occupied by Israeli soldiers at the time, with holes punched in the walls for observation and sniping. [v]

In a third incident near ‘Atatra, five-years-old Nada al-Marrdi was shot in the head while walking with her father, brother and sister, each of whom was waving a white flag.  Nada was shot despite the white flags, despite the fact that local Israeli soldiers had said they would communicate the family’s movement to nearby soldiers, and despite the fact that the family was walking slowly, over rubble in a straight line for hundreds of metres. [vi]

HRW’s report concluded that, in each of the incidents studied for the report, there was substantial evidence that Israeli soldiers deliberately attacked civilians who were displaying white flags.

According to international law, parties engaged in armed conflict are required to distinguish between combatants and civilians and must take all possible measures to target only combatants. International humanitarian law recognizes white flags as a sign of surrender; however, civilians are immune from attack even when they are not displaying white flags. This immunity from attack is lost only so long as the individuals are directly participating in hostilities. It should also be noted that if combatants wish to indicate surrender, such as via the display of a white flag, they too may not be attacked. Individuals who order or conduct deliberate attacks on civilians are considered to be violating the laws of war and hence are responsible for war crimes.[vii]

How has Israel responded to allegations of laws-of-war violations?

Although the laws of war require states to investigate credible reports of war crimes, and although HRW provided the GPS coordinates and all other pertinent details of the seven incidents studied in a Feb. 24th, 2009 letter, the Israeli government has so far failed to publish investigations of such reports.  In July, the Israeli NGO Breaking the Silence issued a report providing testimony from dozens of Israeli soldiers who spoke out about the deliberate targeting of civilians during operation “Cast Lead.” [viii]  While the Israeli military has strongly disputed the allegations by Breaking the Silence, it nevertheless announced on July 29 2009, that it would conduct investigations into nearly 100 complaints, including some of the incidents documented by HRW’s “White Flag Deaths” report.  Unfortunately, however, as thoroughly documented by another 2005 HRW report, Israel consistently falls far short of international standards for investigations into criminal behaviour under the laws of war and occupation.[ix]

Since HRW’s report concluded that the attacks on civilians were deliberate, HRW urged Israel to promptly conduct independent investigations into the conduct of its soldiers in the incidents in question.  HRW also recommended that, following such an investigation, Israel make the results public and prosecute the parties likely guilty of laws-of-war violations.  Finally for Israel, HRW also recommended that it provide compensation to the Palestinians and their families who were affected by the illicit attacks. [x]