CJPME Factsheet 88, published June, 2010: From June, 2007, until June 2010, Israel and Egypt imposed an extremely harsh blockade on Gaza after Hamas, an Islamist political party with an armed wing, took control of Gaza in June, 2007. Following Israel’s attack on a Gaza aid flotilla on May 31, 2010, and the international condemnation that resulted, Israel started to take steps to loosen the blockade. This factsheet looks at the justifications offered by Egypt and Israel for blockading Gaza, how they enforce it, what products are allowed and not allowed into the strip, and what are the most salient social and health impacts of the blockade.

Factsheet Series No. 088, created: June 2010, Canadians for Justice and Peace in the Middle East
View factsheet in PDF format 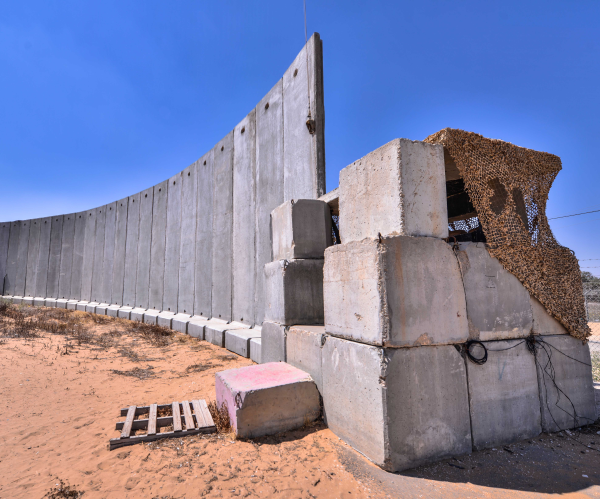 Who is blockading Gaza, and what justification do they offer?

From June, 2007, until June 2010, Israel and Egypt imposed an extremely harsh blockade on Gaza after Hamas, an Islamist political party with an armed wing, took control of Gaza in June, 2007.  Following Israel’s attack on a Gaza aid flotilla on May 31, 2010, and the international condemnation that resulted, Israel started to take steps to loosen the blockade.  As details of the “loosening” emerge, it is important to understand the breadth and gravity of the three-year blockade.

While only Israel and Egypt physically impose the blockade, several members of the international community – including Canada and the US – did not question or oppose its imposition during its first three years. Israel has offered three justifications for initiating and continuing the blockade: 1) Hamas’ 1988 Charter has articles which would imply the destruction of Israel;[1] 2) Rockets have been fired from Gaza at Israel, by both Hamas and other groups operating in Gaza, occasionally harming civilians or property. Approximately 29 people have been killed in Israel over the last decade by rockets launched from Gaza.[2] 3) Israel also considers Hamas a terrorist group.

Egypt supports Israel’s blockade primarily because of its relationship with the US and Israel.  It also has domestic ideological reasons for isolating Hamas, and has thus typically favoured Fatah – the other major Palestinian political party – over Hamas. Finally, Fatah – the party that controls the West Bank – has pressured Egypt to enforce the blockade.[3] The US and Canada have traditionally supported the blockade because they agree with Israel’s categorization of Hamas as a terrorist group. Some European countries also support a blockade, but disagree with the indiscriminate nature and the breadth of the current blockade.

How is the blockade enforced?

What products are not allowed into Gaza?

As of early June 2010, according to United Nations Relief Works Agency,[4] the BBC,[5] and the Israeli human rights group Gisha,[6] the following products are currently forbidden or have frequently been forbidden entry at various times between June 2007, and June, 2010 by Israel:

Israel also forbids Gazans to fish beyond 3 kilometres from their shores, in the deeper waters are where most of the fish are. As well, the blockade restrictions on construction materials and sewage treatment repair equipment have obliged Gaza to dump raw sewage into the waters near shore. The sewage has killed off most of the fish that might normally be found within the 3 kilometre limit. As a result, fresh fish – traditionally an important part of the Gaza diet – is yet another item which has been denied the people of Gaza as a result of the blockade, an irony given Gaza’s location on the Mediterranean Sea.

As mentioned above, Israel has blocked or severely restricted all building materials (e.g. cement, wood, glass, steel rods, etc.) as part of the blockade.  This restriction has imposed severe hardship on the population of Gaza, especially after the destruction of Israel’s 22-day War on Gaza in the winter of 2008-2009.  The population of Gaza is unable to rebuild homes, factories, and civilian infrastructure as a result of the blockade, and many who lost their homes in the War on Gaza are still living in temporary accommodations.

What products are allowed into Gaza?

Israel allows a few basic food items, as well as an extremely restricted amount of cement and other building materials, which must be channelled through the UN and other international agencies. The 2005 peace agreement acknowledged that Gazans need a minimum of 400 truckloads of foodstuffs and other goods a day.[7] Since 2007, Israel has been allowing less that 20 percent that amount.[8]

What are the social and health impacts of the blockade?

Even prior to last year’s Israeli bombardment, the blockade had deleterious effects on Gazans’ physical health:[9]

The bombardment left 100,000 Gazans homeless and the blockade has made rebuilding of the homes, schools and health clinics destroyed impossible, which is causing long term damage to children’s psychological health. According to Salam Kanaan, Country Director for Save the Children in Gaza: “The psychological crisis facing children in Gaza just keeps getting worse. Thousands of children are still living in half-destroyed homes or in over-crowded conditions with host families. Hundreds still live in tents where they risk being attacked by packs of wild dogs and don't have proper protection against the cold and rain.”[10] Dr Ahmed Abu Tawanheena, Director of the Gaza Community Mental Health Programme, has worked with Gaza trauma victims for 20 years. He notes that the blockade intensifies the impact of the bombardment: “Now, under the blockade, they (the children) see their parents can't give them the stuff of normal childhood, with a safe home or enough food. Many parents feel humiliated by the situation, and many children report feeling abandoned by their parents and by the outside world.”[11]