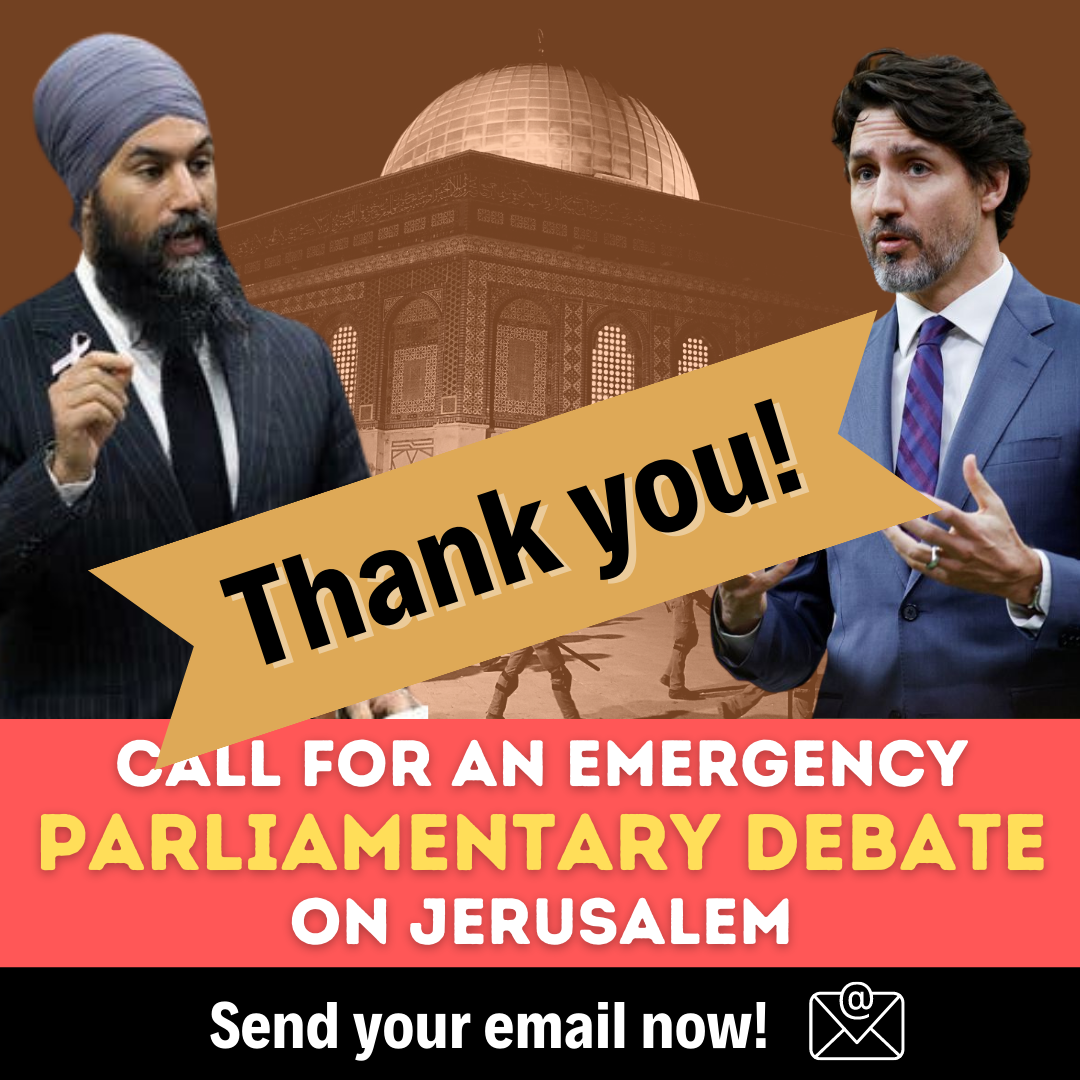 Thank you for pushing for an emergency Parliamentary debate on Jerusalem. Canada’s Parliament needs to address the situation in Jerusalem with urgency!

Earlier this week, we launched a campaign asking the government to condemn Israeli violence in Jerusalem.  If you haven’t already participated, please do so now!

Can you attend a rally this weekend?  Here’s the list of all the rallies scheduled in Canada in the coming days that we know about:

CJPME has responded promptly and strongly to recent developments:

Can you help us?

If you appreciate this campaign, please consider donating to CJPME's work. Launching these campaigns can take dozens of hours creating the text, Web pages, and emails, in both English and French. None of this is possible without the private donations of people like yourself! Click here if you would like to return to the signature page for this campaign.

As Canadians, we need to take action and call our government to intervene!