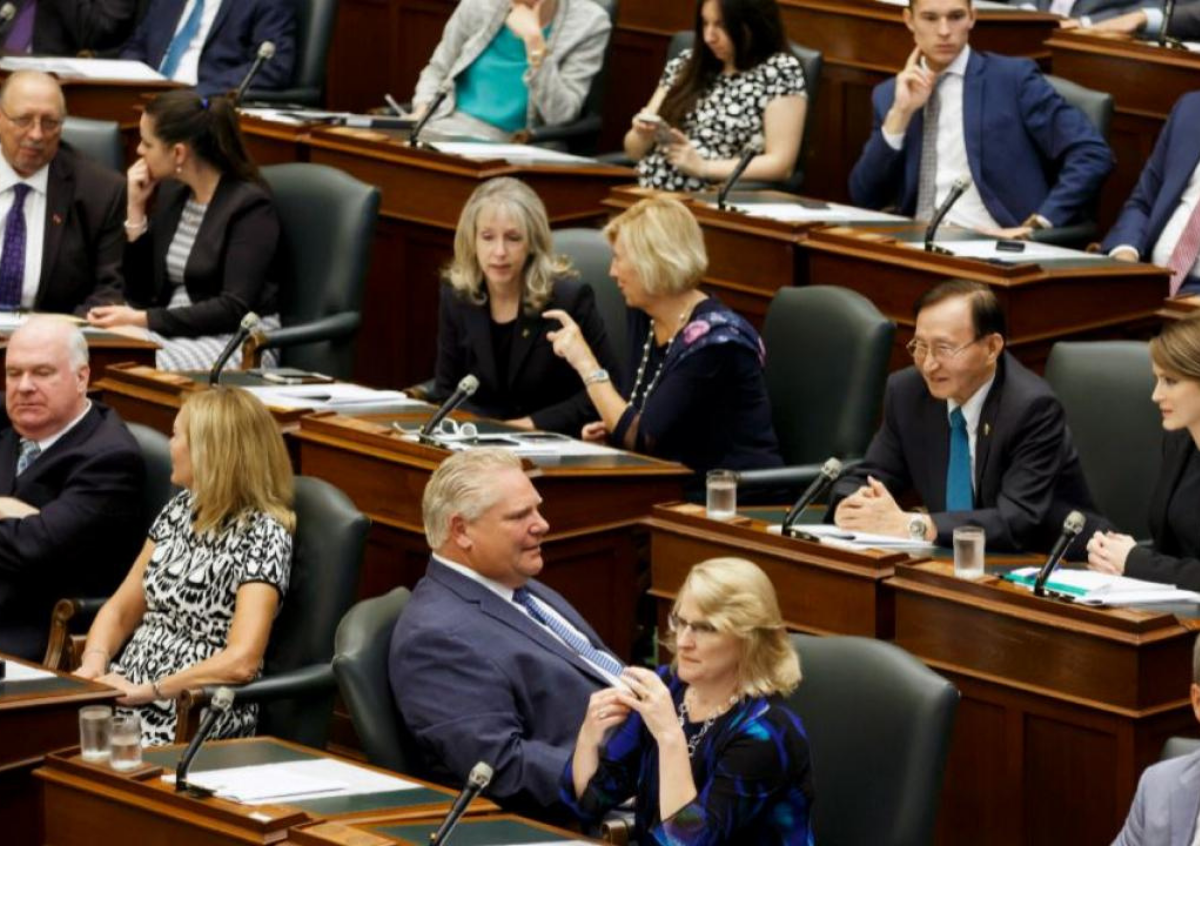 Montreal, November 3, 2020  — New statements from Ontario MPPs suggest that when Ontario suddenly adopted the International Holocaust Remembrance Alliance (IHRA) Working Definition of Antisemitism, that it also adopted the IHRA’s controversial “illustrative examples” which conflate Israel and Zionism with antisemitism. This contradicts previous claims by Ontario MPP Kaleed Rasheed, who had told Canadians for Justice and Peace in the Middle East (CJPME) and other civil society organizations in a Zoom meeting that the examples had been excluded. CJPME warns that the IHRA definition therefore continues to be major threat to free speech, political expression, and academic freedom in Ontario.

CJPME opposes the IHRA working definition of antisemitism, largely because of its accompanying “illustrative examples” which mention Israel or Zionism, and therefore conflate antisemitism with most forms of criticism and protest of Israel. Last week, the Ontario Government announced that it had adopted IHRA by means of an Order-in-Council (OIC), while cancelling the scheduled public hearings over Bill 168 (a private member’s bill to adopt IHRA). This was condemned by CJPME as an anti-democratic move to protect Israel from criticism.

However, civil society groups were told by MPP Rasheed on Oct. 29th that the IHRA’s examples had not been adopted through the OIC, but that they had been excluded. If accurate, the OIC would be a major improvement over the former Bill 168, which had explicitly referred to the examples. Contradicting this, the Canadian Jewish Record is now reporting claims from a spokesperson for Government House Leader Paul Calandra, as well as MPP Roman Baber, that the IHRA’s examples had in fact been endorsed by the government. The Canadian Jewish Record also quoted MPP Rasheed as saying that the CJPME statement was “not accurate and does not reflect my views or comments.”

“These contradictory statements further demonstrate that the real danger of the IHRA is not in its text, but in its interpretation,” said Michael Bueckert, Vice President of CJPME. “Regardless of the intent of those who drafted the Order-in-Council, the IHRA will likely be weaponized by pro-Israel groups and members of the government in order to shut down speech and activism about Israel’s human rights abuses.”

CJPME prepared a written submission to the Justice Policy committee on the dangers of IHRA and Bill 168. The submission details how many of the IHRA definition’s supporters want to use it to limit speech, in particular by empowering (or forcing) public authorities to take action to stop, disallow, or to defund, forms of political expression. Due to the cancellation of public hearings on Bill 168, CJPME was not able to submit this document to the committee, but has made it available online.