What is happening in Sheikh Jarrah, East Jerusalem, Gaza, and beyond? CJPME's Crisis Report is a high-level overview of key developments regarding the most recent escalation of violence in the Middle East, to be updated 1-2 times daily. 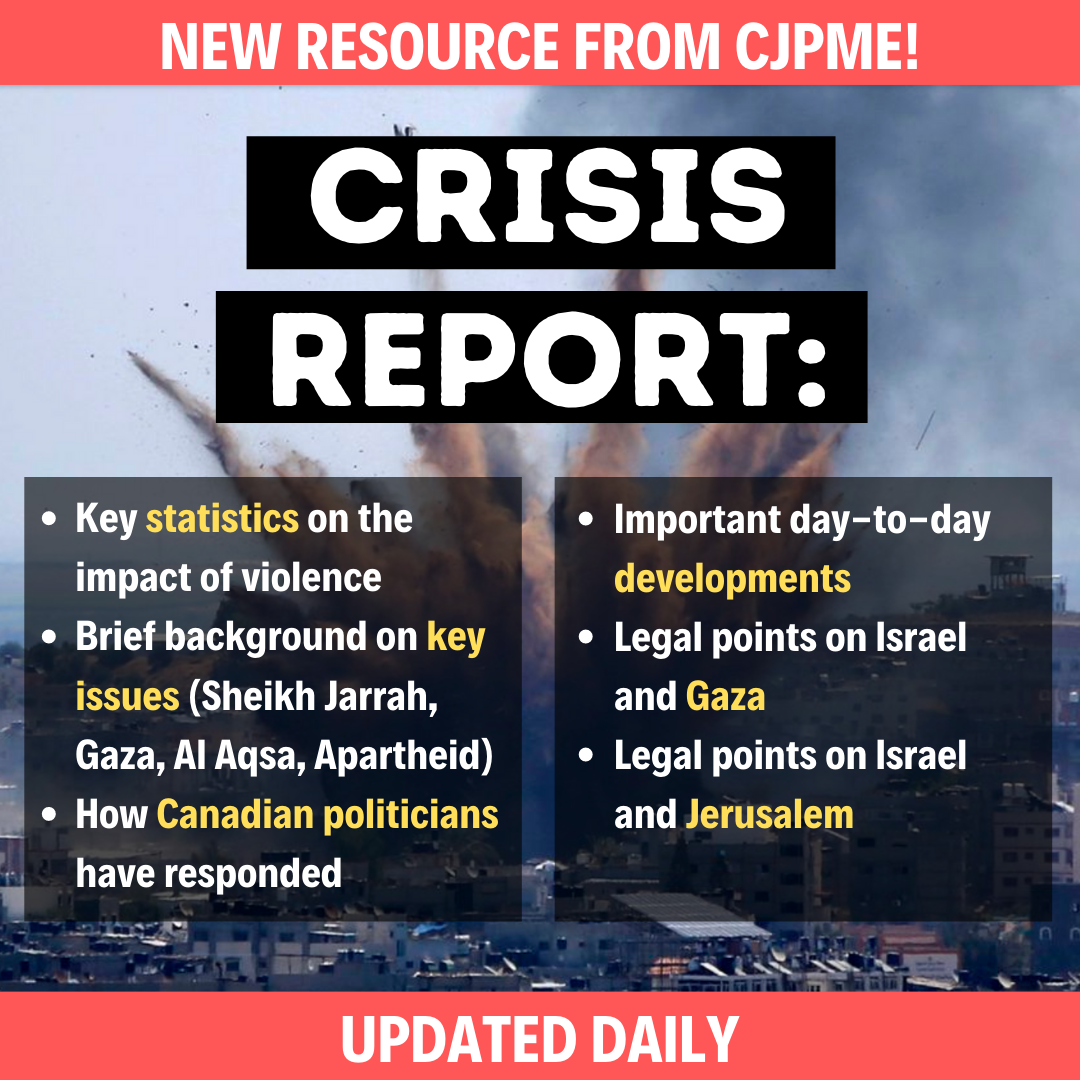 See also: Compilation of MP Statements on the recent escalation

Important statistics since Monday, May 10, 2021