CJPME is pleased to announce the launch of an exciting new project to connect Canadians with key dates in the history of modern Palestine. Called “On this Day,” the initiative provides snapshots of key moments in Palestinian history accessible to all. Want to learn quickly about “Land Day” in Palestine? Want to learn about the Deir Yassin Massacre of April, 1948? On This Day has a page on these and many other events.

On This Day will provide reliable information, images and links for anyone seeking to deepen their understanding of key events in Palestinian history. Below are just a few of the key events that CJPME has released already. Click here to explore the main On This Day project page. 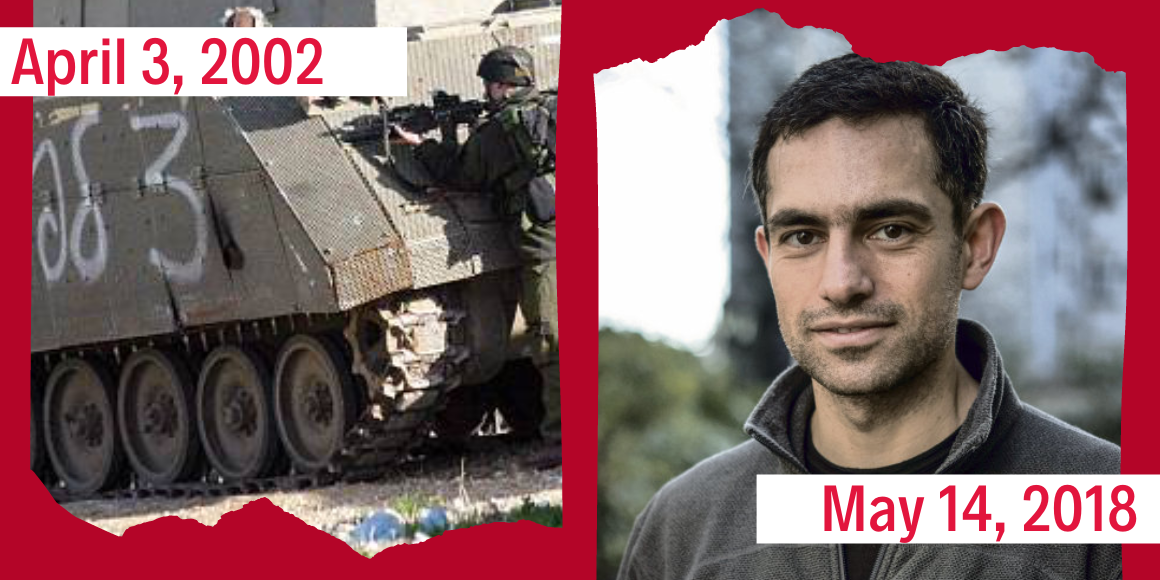 April 3, 2002 - Israel begins a 10-day bombardment of the Jenin refugee camp in what became known as the “Jenin Massacre,” killing at least 52 Palestinians and using bulldozers to destroy huge swathes of the camp. This was part of a broader Israeli operation which punitively targeted many Palestinian cities, towns and refugee camps.

May 14, 2018 – Despite being clearly clothed as a medic, Palestinian Canadian doctor Tarek Loubani is shot in the leg by Israel while providing medical aid in Gaza during the Great March of Return. A paramedic by the name of Musa Abuhassanin rushed to aid him, and was later shot and killed. 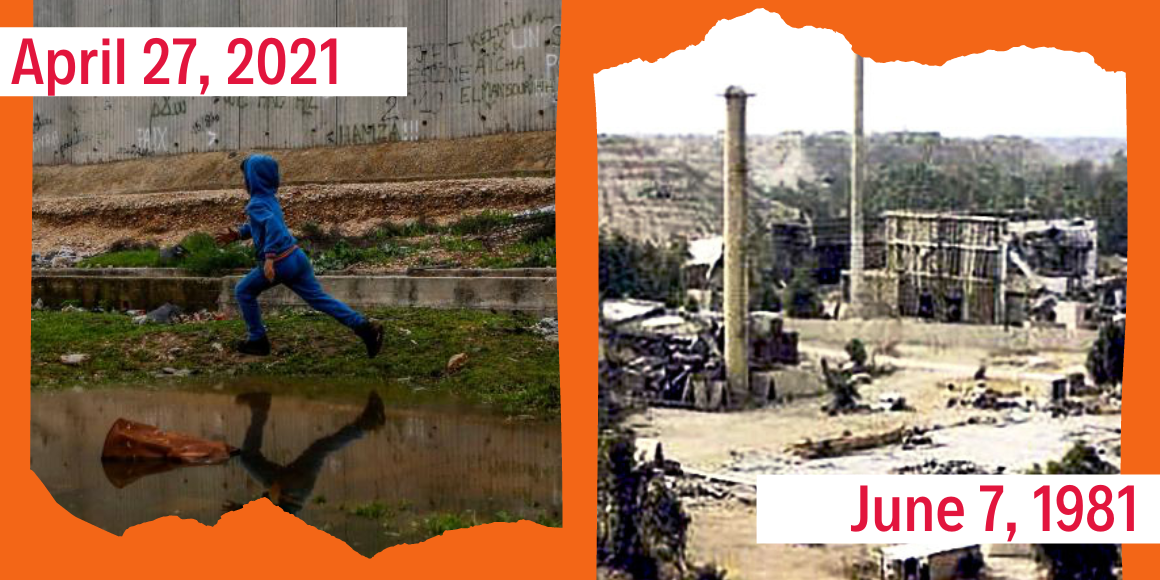 June 7, 1981 – Israel bombs Iraqi nuclear facility in a surprise airstrike, a move condemned by the United Nations General Assembly as an “unprecedented act of aggression.” The Iraqi and French governments maintained that there were no military installations at the reactor. 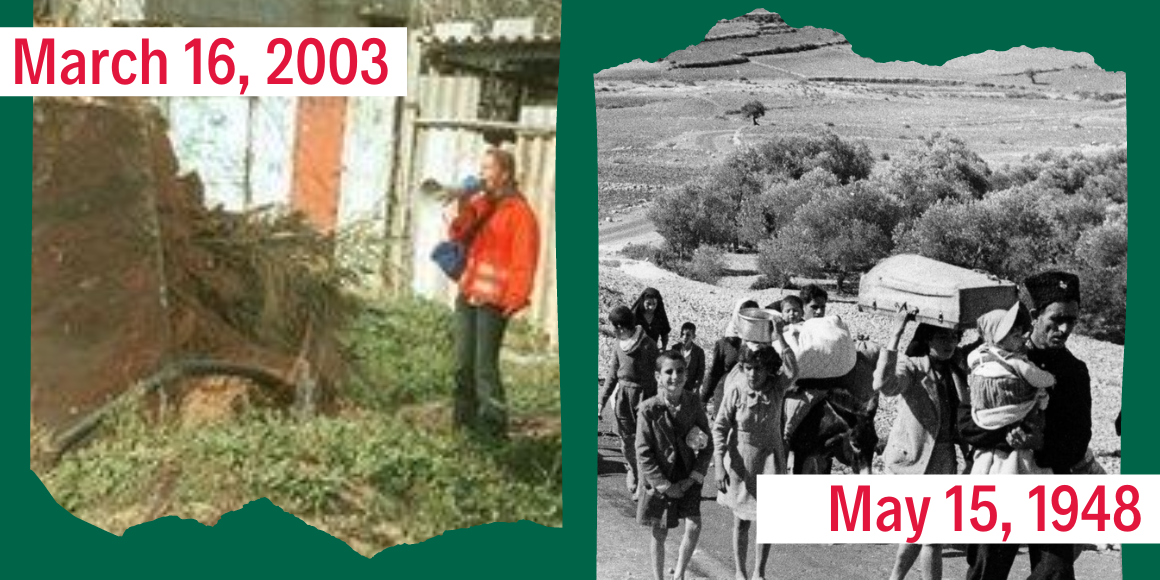 March 16, 2003 – Rachel Corrie, a 23-year-old American activist, is killed when she refuses to cede ground to an Israeli bulldozer in Gaza while protesting the demolition of a Palestinian home. Activists on the scene assert that her killing was deliberate.

May 15, 1948 - Palestinians commemorate Nakba Day, marking the destruction of Palestine when Israel was created. For Palestinians, the Nakba Day doesn’t represent one historical event, but rather the remembrance of an ongoing process of subjugation.

Can you support our work?

If you believe in what we do, please consider making a gift of financial support to CJPME’s advocacy work for Palestinian human rights. Monthly donations are especially helpful, as they sustain our ongoing work and make it easier for us to strategize for the future. If you prefer, you may also donate over the phone (438-380-5410), or complete and mail in this form. Thank you!

Thank you for supporting this campaign. Each voice makes a difference!