Divestment is when an institution decides to withdraw its investments from companies that are complicit in Israeli violations of Palestinian human rights. This can be done by universities, churches, banks, unions, pension funds, or other institutions.

How does divestment work?

The decision to divest is made within the institution. Examples of this decision-making process are a shareholder vote, a union member's vote at a convention, or a campus referendum by students calling on their university to divest.

The best way you can pressure your institution to divest from Israeli companies is to organize and run a divestment campaign. This is a way that you can directly support BDS in your own community, whether within a religious organization, campus, or union!

CJPME is a member of BDS-Québec, which is calling on Quebec's pension fund, la Caisse de dépôt et placement du Québec (CDPQ), to divest from a company involved in training Israel's police. CJPME also supports the campaign led by JustPeaceAdvocates to urge the Canadian Pension Plan (CPPIB) to divest from companies complicit in Israeli war crimes.

Are you a student? Consider campaigning to pass a BDS/Palestinian solidarity resolution and check out our Student Hub for more information on what you can do on campus.

Part of a union? Listen to our webinar on BDS and the labor movement in Canada (or listen to the podcast episode).

Own a business? Consider becoming an Apartheid Free Zone. 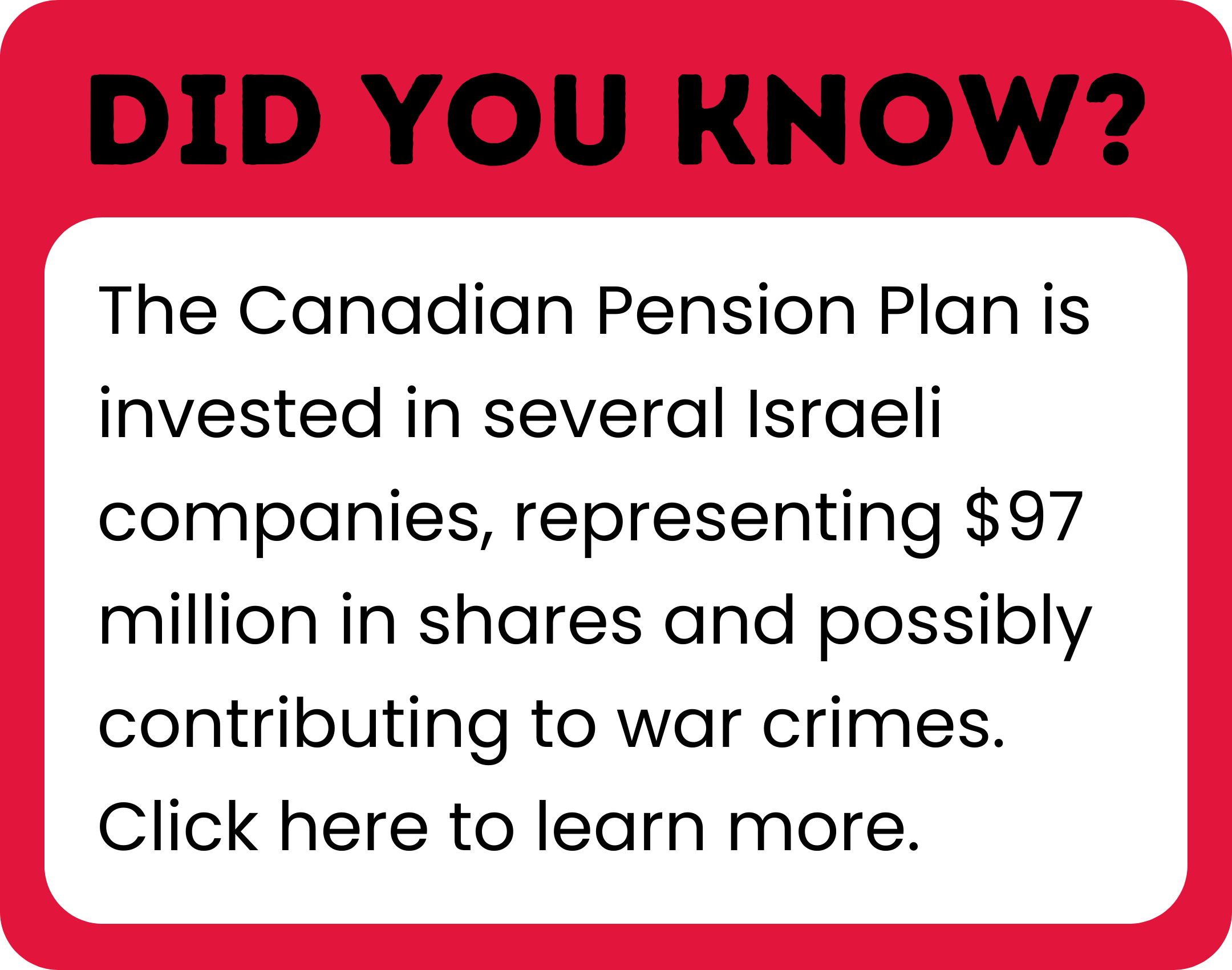 What are some successful divestment efforts?